Samsung’s absurd 146-inch TV is an entire wall — hence its name, ‘The Wall’ 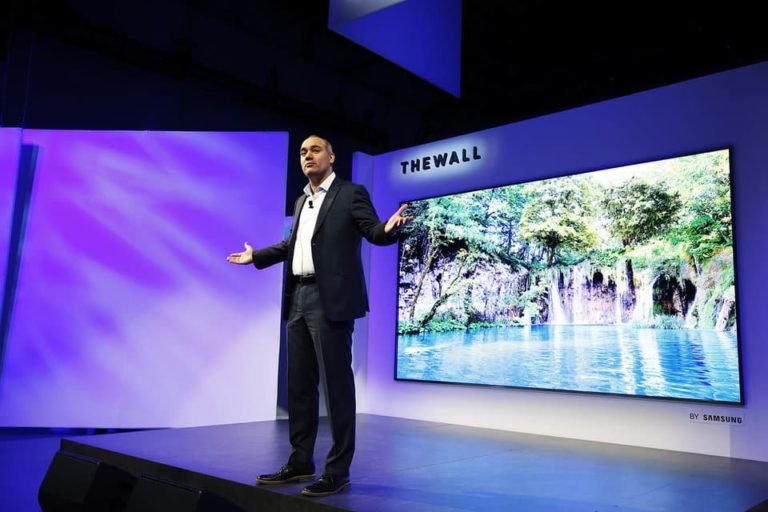 “Absurd”? This journalist is the only “absurd” one. I want a TV like that ASAP! I hope this “journalist” enjoys his small-screen black and white TV…

Unless you own a movie theater, perhaps? But you probably don’t.

This hulking 146-inch TV isn’t just huge — it’s also sporting a fancy display technology known as microLED, which Samsung says is at the heart of “the screen of the future.”

So what’s the big deal? Here’s what we know.

Samsung isn’t calling this thing “The Wall” for nothing. At 146 inches, it’s more than double the size of most home sets. As someone who recently purchased a 55-inch TV, I have a hard time fathoming how much larger a 146-inch one is.

The image above, released by Samsung, doesn’t do the size of this screen justice. It’s literally a whole wall.

“Modular microLED” sounds like a bunch of nonsense jargon, right? It’s pretty much exactly that. Here’s a simple breakdown of these new buzzwords.

MicroLED, in the case of this TV, means “it is a self-emitting TV with micrometer-scale LEDs — which are much smaller than current LEDs, and serve as their own source of light,” Samsung says.

What that means for the average human is that the TV doesn’t need a backlight.

Modular means that anyone buying The Wall can customize it.

“The screen can adapt to serve different purposes,” Samsung says, “such as creating a wall-size display for multiple spaces.”

Put more simply, it means you could customize this set to be even larger (or smaller) than 146 inches, though the version Samsung is releasing this year is the 146-inch variety.

Considering the size, the pedigree of the company behind it, and the new technology it’s using, The Wall is going to cost a lot of money. Like, a lot of money — think tens of thousands of dollars.

But that’s just our best guess. Samsung hasn’t provided an official price for The Wall, and there’s no launch date or window either. A press event scheduled for March is said to offer more details on the massive TV, though, so stay tuned.