Scientists discover plants have “brains” that determine when they grow 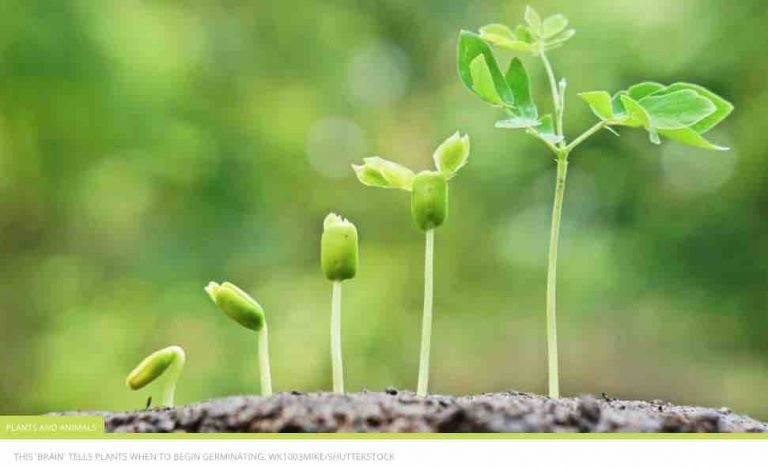 Plants have a long and unexpected evolutionary lineage. Land plants evolved 450 million years ago, but sharks are older than trees; flowers didn’t appear until the Cretaceous Period, and grass only starting sprouting 40 million years ago.

In that time, plants have evolved some incredible traits, and as a new study led by the University of Birmingham reveals, a “brain” may also be one of them. Not one in the same sense that animals have, mind you, but a series of cells acting as a command center of sorts.

Found within plant embryos, these cells have been found to make key decisions in terms of the plant’s life cycle. Most significantly, they trigger germination, something that needs to be timed perfectly in order to avoid appearing too early in a frigid winter or too late in a warm summer populated by too much competing flora.

Writing in the Proceedings of the National Academy of Sciences, researchers first located these all-important cells within a plant called Arabidopsis, commonly known as thale cress. The command center is split between two types of cell – one that encourages seeds to remain dormant and one that initiates germination.

Using hormones to communicate, much in the way that nerve cells within brains do, the cells assess the environmental conditions around them and decide when it’s best to begin the birthing process, so to speak.

This is incredibly difficult to observe in real-time in plant embryos, so the team relied on mathematical modeling to predict how biological processes will unfold in the most common scenarios.

Coming to the conclusion that this hormonal exchange was controlling the germination process, the team then used a genetically modified version of the thale cress plant to make sure the cells were more prominently interconnected. This way, the movement of hormones between the cells showed up more – and ultimately, the team spotted the command center cells talking to each other in this way.

“Our work reveals a crucial separation between the components within a plant decision-making center,” lead author Professor George Bassel said in a statement.

So why have two types of cell rather than one? Well according to the team, this means that they can have a different “opinion” of the environmental conditions around them – and germination only occurs when a consensus has been arrived at.

“It’s like the difference between reading one critic’s review of a film four times over, or amalgamating four different critics’ views before deciding to go to the cinema,” Dr Iain Johnston, a bio-mathematician involved in the study, added. Together, they form the “Rotten Tomatoes” average score.

So plants may not technically have brains, but they sure act like they do.