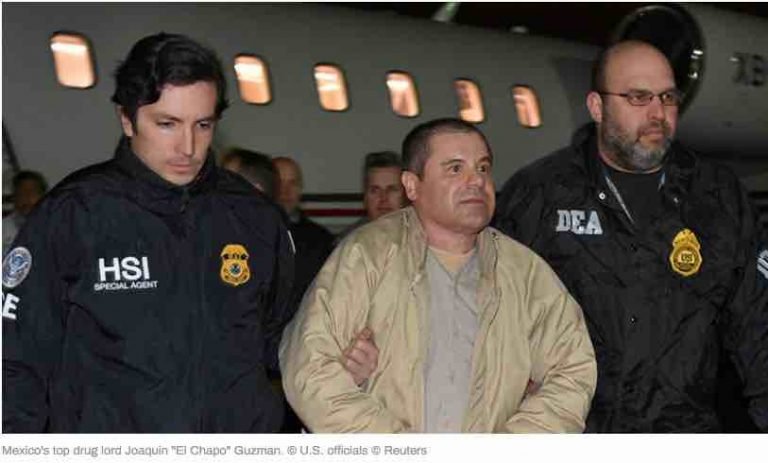 Too intelligent to use banks …

Before Mexican drug lord Joaquin “El Chapo” Guzman was captured last year and extradited to the United States in January, he was believed to have accumulated a fortune in drug profits. US authorities claim his 30-year criminal career garnered $14 billion.

“As of today, US authorities have not found not even one dollar of El Chapo’s assets,” Mexican Attorney General Raul Cervantes said in an interview with top local broadcaster Televisa, according to Reuters.

Mexican authorities said they have only found minor assets of the notorious drug kingpin.

“His money hasn’t been found, because he didn’t use the financial system,” Cervantes added.

Guzman, the leader of the Sinaloa narcotics cartel, the world’s biggest, is awaiting trial on 17 criminal charges in a maximum-security jail in Manhattan. He escaped twice from prison in Mexico.

US authorities are seeking the “forfeiture of more than $14 billion in cash proceeds from narcotic sales,” that El Chapo is alleged to have earned his decades-long criminal career, according to US Eastern District of New York court documents.

There is an ongoing debate about Guzman’s worth. Alejandro Hope, a security expert in Mexico City, said the billions are an assumption.

“It starts off from the assumption that the $14 billion is real and not a fabrication by prosecutors,” Hope told Forbes.

Whatever the size of El Chapo’s assets, Mexico is seeking to retrieve the vast majority of them for itself – not hand them over to a US court.

“The lion’s share of any of his assets seized, rightfully – by law and agreement – belong to Mexico. They are unlikely to find much – certainly not $14 billion. Mexico will never agree [to handing over the assets],” Bruce Bagley, an expert on Mexico’s drug cartels at the University of Miami, told Forbes.

The $14 billion figure is by far the highest dollar figure ever associated with Guzman’s criminal activities. The US Treasury Department argues that drug trafficking generates an estimated $64 billion annually from sales in the US.

In 2009, Forbes magazines estimated Guzman’s net worth at $1 billion. In 2013, however the magazine removed him from the list when his whereabouts were unknown and his assets were too difficult to verify.

The prospect of the US seizing El Chapo’s estimated fortune has even prompted US Senator Ted Cruz (R, Texas) to suggest introducing a bill, to be called the El Chapo Act, to use the proceeds for building President Donald Trump’s proposed US-Mexico border wall.

“By leveraging any criminally forfeited assets of El Chapo and his ilk, we can offset the wall’s cost and make meaningful progress toward achieving President Trump’s stated border security objectives,” Cruz said in a statement.

It is unlikely the act will pass, however, and it would certainly face an uphill political battle with Mexico, which vehemently opposes the border wall, let alone the idea of paying for it.