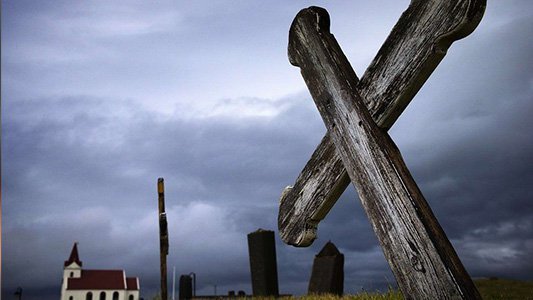 Wonderful! All the world should do same! Freedom of expression is total or doesn’t exist.

Iceland’s parliament has abolished its blasphemy laws, despite opposition from some of the country’s churches.

A bill was put forward by the minority Pirate Party, which campaigns for internet and data freedom.

It came after the deadly attack the same month against French satirical magazine Charlie Hebdo in Paris.

The bill said it was „essential in a free society that the public can express themselves without fear of punishment“.

As three members of the Pirate Party stood before parliament on Thursday, each said: „Je Suis Charlie“, an expression used globally to express solidarity with the Charlie Hebdo victims.

After the ruling, the party wrote on its blog (in Icelandic): „Iceland’s parliament has now established the important message that freedom will not give in to bloody attacks.“