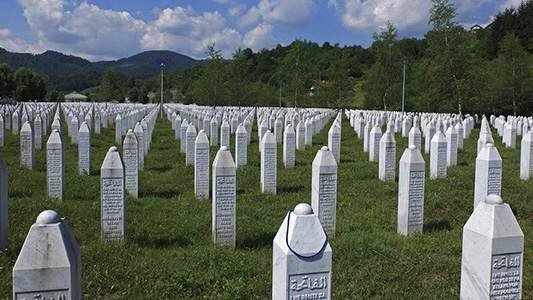 If it was to be accepted as genocide, it should be in exchange for accepting Gaza as a genocide also….

Russia has vetoed a United Nations Security Council resolution that would have described the Srebrenica massacre as „genocide“.

Four other members of the council abstained while the remainder voted in favor.

The killing of some 8,000 Muslim men and boys in 1995 by Bosnian Serb troops was the worst massacre in Europe since World War Two.

The motion had angered Serbia, which rejects the term.

It had been drafted to mark the 20th anniversary of the atrocity, which came amid the bloody break-up of Yugoslavia into independent states.

During the Bosnian War, which saw Serbia-backed Bosnian Serb forces fighting the Muslim-led Bosnian government, thousands seeking shelter at what was supposed to be a UN refuge were slaughtered.

The resolution said that „acceptance of the tragic events at Srebrenica as genocide is a prerequisite for reconciliation“.