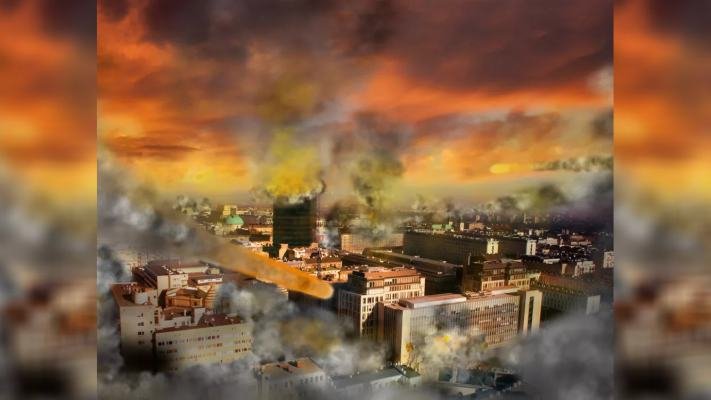 The only solutions is a world revolution imposing Paradism. This revolution is indispensable because the wealthy will never accept to abandon their privilege peacefully. It could be almost nonviolent if the wealthy accept the change. But there is very little chance that they do. Instead, they will (and already are) use their wealth in a time where more and more people are struggling to survive, to pay huge militarized forces of police under the pretext of ” protecting public order” to avoid losing their privileges. And the hungry masses are an ideal society to provide police forces, guaranteed to provide by accepting this job to pay for food for their families, and persuaded by their masters the media they own and the politicians they bribe, that they are ” protecting order”. But eventually the revolution will prevail for a very simple reason: the huge mass of revolted compared to the very tiny minority represented by the super rich. And no military force can be strong enough to resist this revolution. Sadly it will have to be very violent. The choices of the dominant super wealthy are very simple: share peacefully or become the victims of a very bloody revolution. Let’s hope that they will make the best choice before it’s too late.

There’s never been a shortage of doomsday scenarios. From the dreaded Mayan Apocalypse of 2012 (remember that?) to the havoc wreaked in the movie “The Day After Tomorrow,” people have been predicting the end of civilization for as long as there has been a civilization.

The trouble is, they’re sometimes correct: The Roman Empire fell spectacularly, as did the Mayan civilization, the Han Dynasty of China, India’s Gupta Empire and dozens of other once-mighty kingdoms.

But how, exactly, do powerful empires collapse, and why? Researchers now believe they’ve found an answer, one that has troubling implications for today — because we’re clearly on the road to ruin.