The stars are distant suns surrounded by their own planets 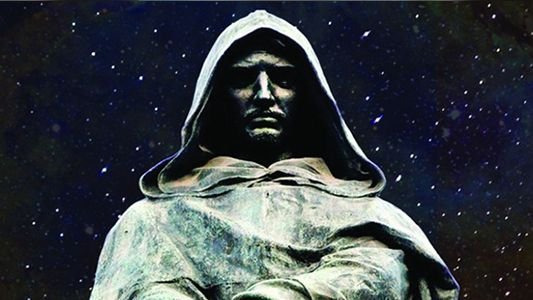 Never forget that on Februrary 17, 1600 Giordano Bruno was burned alive by the catholic church in Rome for saying that there was life on other planets.

Giordano Bruno; Latin: Iordanus Brunus Nolanus; born Filippo Bruno, January or February 1548 – 17 February 1600) was an Italian Dominican friar, philosopher, mathematician, poet, cosmological theorist, and Hermetic occultist. He is known for his cosmological theories, which conceptually extended the then novel Copernican model. He proposed that the stars were distant suns surrounded by their own planets, and he raised the possibility that these planets might foster life of their own, a cosmological position known as cosmic pluralism. He also insisted that the universe is infinite and could have no “center”.

Starting in 1593, Bruno was tried for heresy by the Roman Inquisition on charges of denial of several core Catholic doctrines, including eternal damnation, the Trinity, the divinity of Christ, the virginity of Mary, and transubstantiation. Bruno’s pantheism was not taken lightly by the church,[4] nor was his teaching of the transmigration of the soul (reincarnation). The Inquisition found him guilty, and he was burned at the stake in Rome’s Campo de’ Fiori in 1600. After his death, he gained considerable fame, being particularly celebrated by 19th- and early 20th-century commentators who regarded him as a martyr for science, although most historians agree that his heresy trial was not a response to his cosmological views but rather a response to his religious and afterlife views. However some historians do contend that the main reason for Bruno’s death was indeed his cosmological views. Bruno’s case is still considered a landmark in the history of free thought and the emerging sciences.