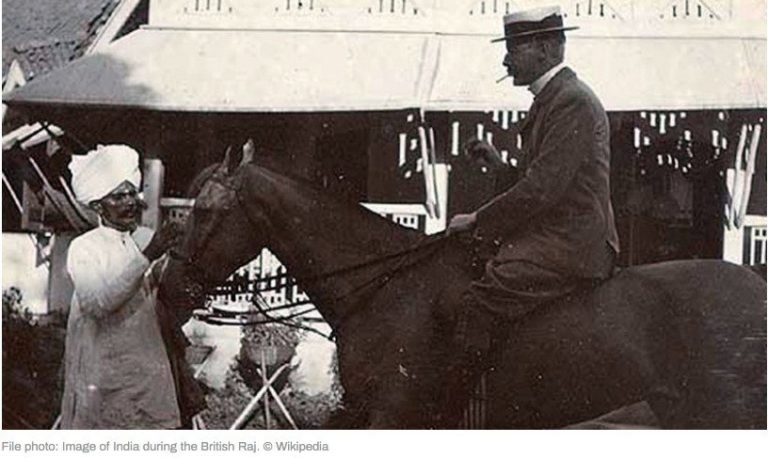 He is absolutely right! And the French President should also bend his knees and beg for forgiveness to all colonized African nations, one by one. And so should the king of Spain to all Latin American nations.

Prime Minister Theresa May should “bend her knees and beg forgiveness” from India over “wrongs” committed by Britain during its 90 years of colonial rule, a prominent Indian MP has said.

Shashi Tharoor, an MP and former minister of state, says Britain did irreparable damage to India between 1858 and 1947 and must offer a full and satisfactory apology for “the wrongs done by their forebears.”

Tharoor highlighted the infamous Jallianwala Bagh massacre, where hundreds of non-violent protesters were killed by British soldiers in 1919. Following the incident, the British government said 379 protesters were killed, although other sources in India continue to claim the figure was well over 1,000.

“You cannot quantify the wrongs done,” he told the PTI news agency.

“What is far more important than financial reparation would be an apology. People who are not responsible today for the wrongs done by their forebears in the past era should apologize nonetheless to people who are not the ones to whom wrong was done.”

Tharoor says May should apologize to the Indian people on the centenary of the massacre in 2019.

“Whoever the PM is on that centenary of that awful crime will not have been alive when the atrocity was committed, and certainly no British government of 2019 bears a shred of responsibility for that tragedy, but as a symbol of the nation that once allowed it to happen, the PM could atone for the past sins of his or her nation.”

He says Willy Brandt, the German Social Democratic leader who apologized at the Warsaw ghetto for Nazi rule in 1970, and Canadian Prime Minister Justin Trudeau, who recently apologized for the Komagata Maru incident, are examples May should follow.

“These two apologies offer a model for the British prime minister on the centenary of the Jallianwala Bagh massacre to come to that site, bend her knees and beg for forgiveness for all the sins committed in the past.

“That I think will wash away in many ways the sense that there are wrongs that have not been acknowledged.”

Tharoor criticized former Prime Minister David Cameron’s “mealy-mouthed” attempt to apologize for the massacre in 2013 which he said “did not constitute an apology.”

In a speech to the Oxford Union last year, Tharoor called on Britain to pay reparations to India and other former colonies for decades of imperial rule.

He has recently released a book titled ‘An Era of Darkness: The British Empire in India,’ which claims Britain should pay up to £2.4 trillion ($3 trillion) in reparations to India.