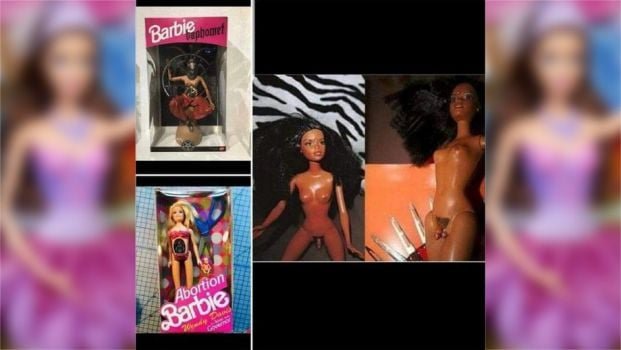 Bravo Sara Leha!  Yes, there are people who are born like that and are entitled to respect as much as everyone else . Long live the differences! Psychopaths are those who are always ready to judge, discriminate and condemn peoples differences.

I FOUND THIS PHOTO WITH A BUNCH OF COMMENTS LIKE:

« You have to destroy everything to start over. There are going to be a lot of deaths. It’s already started decades ago. We haven’t seen anything, but now it’s accelerating »

IT PAINS ME TO READ SUCH CRUEL THINGS, BECAUSE I KNOW PEOPLE WHOSE REALITY IT IS.

Because of prejudice, they go through difficult things. Some attempt suicide. We do not accept the difference. We are not yet very civilized.

I COULDN’T HELP REACTING AND CREATING A SHOCK, AND I TOLD YOU:

What a hypocritical gang! You may not like it, because you’re prejudiced against people like that. We need to evolve. I know a woman like that. She’s a wonderful human being. When are we going to learn to love human beings for what they are, not for what they look like, or according to our prejudices? A simple doll and you show how much we still need to grow up, in this hypocritical world that speaks of respect, but shows the opposite. I won’t call you a psychopath. That would be a lack of love. Just a little reminder: There is a charter of human rights. I can imagine why everyone’s rights are so poorly respected.

My comment is hard, it is true, BUT I CANNOT HELP BUT THINK OF ALL THE HUMAN BEINGS WHOSE REALITY IT IS, WHO WILL READ THESE DEROGATORY COMMENTS AND SUFFER.

Read more on this issue