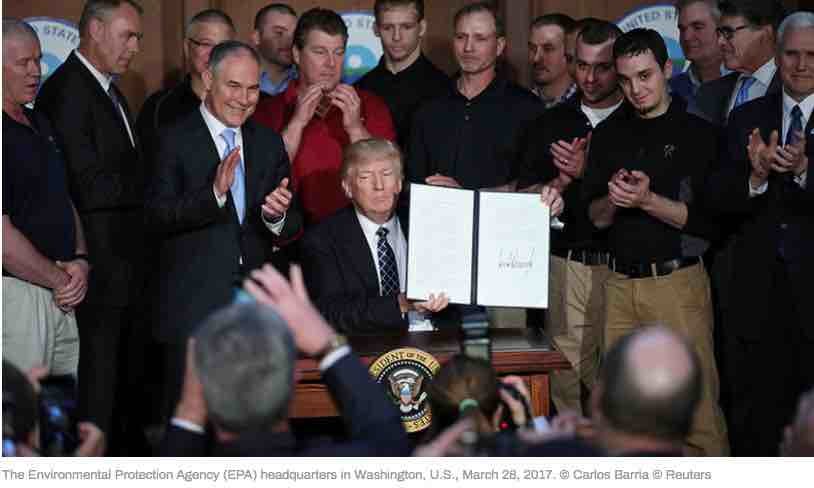 “My administration is putting an end to the war on coal,” Trump said, adding that he wants to “reverse government intrusion and to cancel job-killing regulations.”

“I made my promise and I keep my promise,” he told a delegation of coal miners assembled behind him on the stage at the Environmental Protection Agency (EPA), before he signed the document.

“We’re ending the theft of American prosperity and rebuilding our beloved country,” he announced, to applause.

“The war on coal is over,” Pence declared.

Zinke praised Trump’s “decisive action” on energy independence, adding that “our nation can’t run on pixie dust and hope – and the last 8 years showed that.”

Trump also intends to review regulations intended to reduce the methane emissions from oil and gas drilling, and the Bureau of Land Management’s rules on hydraulic fracturing, better known as fracking.

While the US is still officially party to the Paris Agreement on man-made climate change, the Trump administration is discussing the possibility of withdrawing from the treaty, according to PBS.