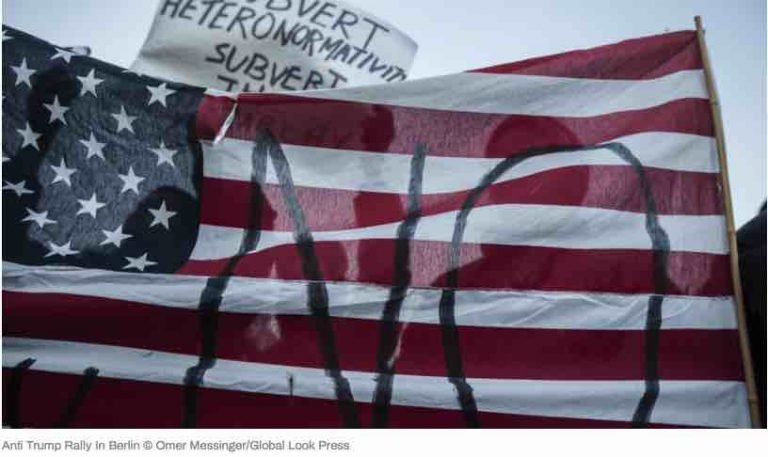 Donald Trump poses a serious threat to Germany’s relationship with Washington, a veteran German diplomat has warned. But experts told RT that the US leader’s unilateralism has global implications that reach far beyond Berlin.

Former German ambassador to the US Wolfgang Ischinger expressed his fears that Donald Trump’s litany of unsettling policy moves – from pulling out of the Iran nuclear deal, to slapping the EU with tariffs – could embolden anti-American sentiment in Germany, making it increasingly difficult for Berlin to defend its relationship with Washington. In an interview with Reuters, Ischinger urged his fellow Germans not to abandon their transatlantic partnership with the United States, while acknowledging that Trump’s alienating moves could end up being “poisonous” for US-German relations.

“The Trump administration, together with the Congress has managed basically to alienate the United States in the eyes of the majority of sovereign states worldwide,” he said, adding that a “deep rift” has formed between Europe and Washington. However, he questioned whether Trump’s alienating policies would lead to a “hostile, menacing anti-Americanism” in Europe, predicting instead that Germany and other European nations will simply try to wait for a new administration to take the reins in Washington – a strategy Schulze referred to as “duck and cover.”

The European Union was shocked by Trump’s decision to impose tariffs on the bloc, John Laughland, a British philosopher, historian, and author, told RT. But the president’s earlier decisions to withdraw from the Iran nuclear deal and recognize Jerusalem as Israel’s capital were already red flags for Europe.

“All of these [measures] make the Europeans think – and I think they’re right – that the new American administration wants to pursue a policy of power, a policy of affirming American interests unilaterally. And of course that puts Europe in a very weak position, because the EU is used to working together with the Americans. And without cooperation with them, it makes the European project itself very problematic.”

Laughland added that while Trump is working to alienate the Europeans and Canada, his dealings with Saudi Arabia and Israel appear to be aimed at consolidating old alliances. Even Japan, another close American ally, has largely been spared Trump’s alienating antics.