Twitter uproar over photo of Israelis watching attacks on Gaza 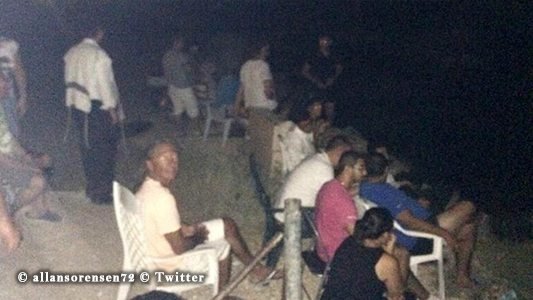 They are transforming what was a concentration camp in extermination camps.

An image of Israelis in Sderot who gathered on a hill to watch and celebrate Gaza being bombed has gone viral on Twitter. The photo posted by a Danish journalist caused uproar online.

Allan Sørensen, the Middle Eastern correspondent for the Danish newspaper Kristeligt Dagblad, said that he took the image on Wednesday in Sderot, a city about two kilometers from Gaza.

In just a few days the scandalous image has gathered about 8,500 retweets.