U.S. military is building a $100 million drone base in Africa 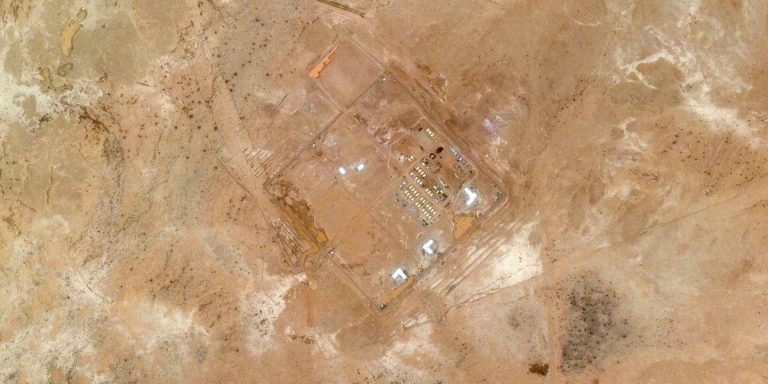 A new base outside Agadez, Niger, will host a fleet of MQ-9 drones and serve as a regional hub for U.S. counter-terror missions.

FROM HIGH ABOVE, Agadez almost blends into the cocoa-colored wasteland that surrounds it. Only when you descend farther can you make out a city that curves around an airfield before fading into the desert. Once a nexus for camel caravans hauling tea and salt across the Sahara, Agadez is now a West African paradise for people smugglers and a way station for refugees and migrants intent on reaching Europe’s shores by any means necessary.

Africans fleeing unrest and poverty are not, however, the only foreigners making their way to this town in the center of Niger. U.S. military documents reveal new information about an American drone base under construction on the outskirts of the city. The long-planned project — considered the most important U.S. military construction effort in Africa, according to formerly secret files obtained by The Intercept through the Freedom of Information Act — is slated to cost $100 million, and is just one of a number of recent American military initiatives in the impoverished nation.

The base is the latest sign, experts say, of an ever-increasing emphasis on counterterror operations in the north and west of the continent. As the only country in the region willing to allow a U.S. base for MQ-9 Reapers — a newer, larger, and potentially more lethal model than the venerable Predator drone — Niger has positioned itself to be the key regional hub for U.S. military operations, with Agadez serving as the premier outpost for launching intelligence, surveillance, and reconnaissance missions against a plethora of terror groups.

For years, the U.S. operated from an air base in Niamey, Niger’s capital, but in early 2014, Capt. Rick Cook, then chief of U.S. Africa Command’s Engineer Division, mentioned the potential for a new “semi-permanent … base-like facility” in Niger. That September, the Washington Post’s Craig Whitlock exposed plans to base drones at Agadez. Within days, the U.S. Embassy in Niamey announced that AFRICOM was, indeed, “assessing the possibility of establishing a temporary, expeditionary contingency support location” there. The outpost, according to the communiqué, “presents an attractive option from which to base ISR (Intelligence, Surveillance, and Reconnaissance) assets given its proximity to the threats in the region and the complexity of operating with the vast distance of African geography.”

Air Force documents submitted to Congress in 2015 note that the U.S. “negotiated an agreement with the government of Niger to allow for the construction of a new runway and all associated pavements, facilities, and infrastructure adjacent to the Niger Armed Force’s Base Aerienne 201 (Airbase 201) south of the city of Agadez.” When the National Defense Authorization Act for fiscal year 2016 was introduced last April, embedded in it was a $50 million request for the construction of an “airfield and base camp at Agadez, Niger … to support operations in western Africa.” When President Obama signed the defense bill, that sum was authorized.

Reporting by The Intercept found the true cost to be double that sum. In addition to the $50 million to “construct Air Base 201,” another $38 million in operation and maintenance (O&M) funds was slated to be spent “to support troop labor and ancillary equipment,” according to a second set of undated, heavily redacted, formerly secret documents obtained from U.S. Africa Command by The Intercept. But the $38 million O&M price tag — for expenses like fuel and troops’ per diem — has already jumped to $50 million, according to new figures provided by the Pentagon, while sustainment costs are now projected at $12.8 million per year.