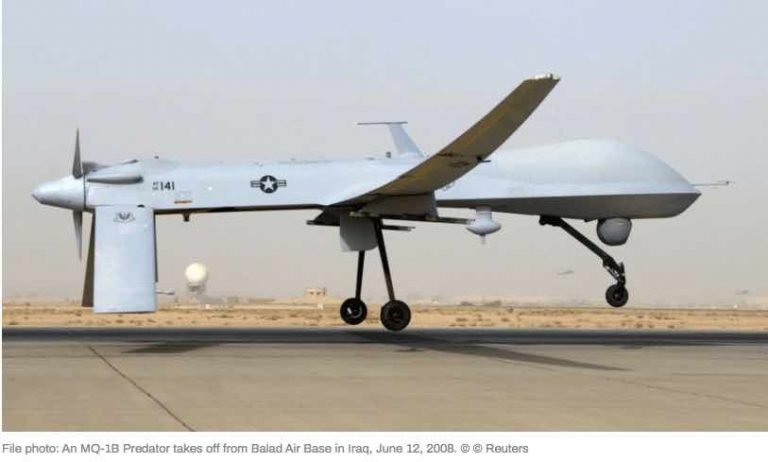 Of course, they should! Imagine Hiroshima bombed by a drone operator: it’s still a crime against Humanity.

UK military personnel engaging in US-led drone operations in Syria and Iraq are at risk of being “liable to prosecution for murder” due to the government not setting a “clear policy and sound legal basis,” a report warns.

There is a growing concern that the UK was complicit in civilian deaths by supporting a US-led drone program that was committing unlawful acts – making British personnel open to prosecution, the All-Party Parliamentary Group (APPG) report said.

Britain has been a key player for the US-led campaign in Syria and Iraq – assisting in their drone program since 2014 – involvement that had “raised some serious questions about the legality, efficacy and strategic coherence,” according to the APPG report.

The chair of the parliamentary drones group, Professor Michael Clarke, said the UK was working with countries including the United Arab Emirates, Saudi Arabia and Qatar that “do not work on standard NATO rules.”

Professor Clarke said: “As the trend of British personnel being embedded with foreign forces increases there is a danger they will find themselves complicit in drone strikes that are not legal on our terms.

“If we’re prepared to be a bit lax, which we are, it will get considerably worse as the use of drones proliferates,” the Independent reports.

It’s not the first high-profile report to conclude that the government’s policy on drones needed urgent rethinking. A report conducted by Parliament’s Intelligence and Security Committee (ISC) in 2017 described the government’s unwillingness to provide the necessary documents required for it to investigate circumstances surrounding drone killings, as “profoundly disappointing.”

According to Middle East Eye figures, UK forces have dropped at least 3,482 bombs and missiles in the campaign against Islamic State (IS formerly ISIS/ISIL) in Syria and Iraq, in more than 1,600 strikes since joining operations in 2014.

Adam Holloway, a Conservative Party MP and co-chair of the APPG on Drones said:
“Our report shows that without a crystal-clear policy, UK armed drones are flying into trouble. This risks harm to innocent civilians and leaves British personnel wide open to criminal prosecution.”

Parliamentary concerns were raised about the use of drones in August 2015 when two British nationals, accused of fighting for IS, Reyaad Khan and Junaid Hussain, were killed in Syria by British drone strikes.

The killings came at a time when UK forces were supporting US-led operations against IS in Iraq, but not in Syria, because UK military action there had not then been officially authorised by parliament.

At the time, the government claimed the strikes that killed two of its citizens, were acts of “self-defence” but has failed to publish the legal advice on which they were carried out, despite facing a legal challenge by human rights campaigners.