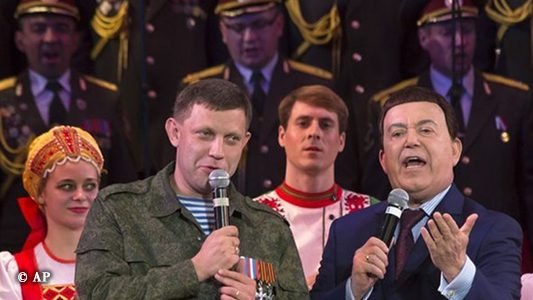 Like in Crimea, we see here the western powers, supposed to be promoting ” democracy” in the world, rejecting a vote, which is, by definition, the very manifestation of democracy. The truth is that they accept democracy only when it serves its colonialist and imperialist interests.

Russia says it will recognise the results of controversial separatist elections in eastern Ukraine, which the rebels plan to hold on 2 November.

Russia’s Foreign Minister Sergei Lavrov said elections in the Donetsk and Luhansk regions “will be important to legitimise the authorities there”.

But Ukraine and Western governments say the elections should not go ahead. They accuse Russia of arming the rebels.

Ukrainian troops have been battling the pro-Russian rebels in the east.

A shaky truce took effect on 5 September, but there have been many violations and the situation remains very volatile.