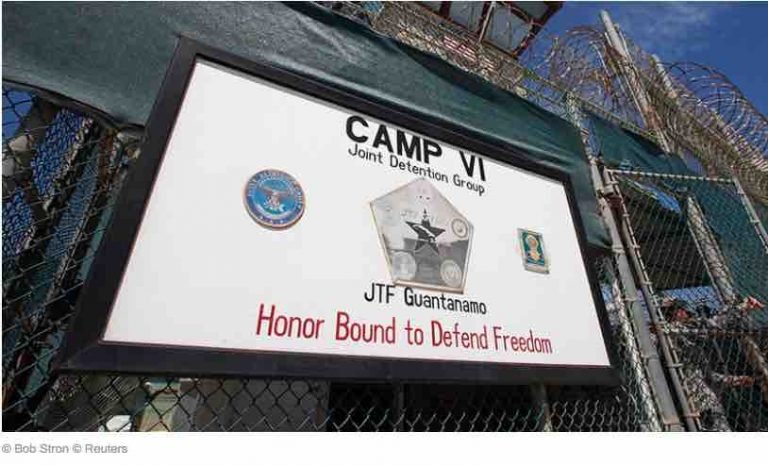 Releasing the videos of Guantanamo Bay guards force-feeding an inmate during a hunger strike would endanger US troops and inspire terrorists, a federal appeals court has ruled. Media organizations have sought the footage as part of the public record.

Any First Amendment claims to the videos are outweighed by concerns that their release could fuel hostility for the US around the world and endanger American troops, a three-judge panel of the US Court of Appeals for the District of Columbia Circuit said on Friday.

Releasing the videos would encourage detainees to provoke or resist the guards, Judge Randolph said in his ruling, and provide “terrorist elements with propaganda to fuel their continued global hostilities against the United States.”

Judge Judith Rogers disagreed with Randolph’s reasoning that the First Amendment did not apply to civil proceedings like Dhiab’s, but ultimately went along with the decision, AP reported. Judge Stephen Williams agreed that “the security interests invoked by the government are compelling.”

The ruling is the latest chapter in the long saga of Jihad Ahmed Mustafa Dhiab, also known as Abu Wa’el and “inmate 722,” his Internment Serial Number during the 12 years he spent at the US detention camp for suspected terrorists in Guantanamo Bay, Cuba.

Dhiab first went on hunger strike in 2010 to protest his captivity. He also filed a lawsuit seeking to stop the US government from force-feeding him, describing the process as torture. Dhiab’s attorney requested the videos of the force-feeding sessions, amounting to some eleven hours over 32 tapes.

In 2015, federal judge Gladys Kessler ordered the Department of Justice to finish redacting the footage and release it to the attorney. Sixteen media organizations sued to unseal the tapes, arguing that the public had a strong interest in seeing how the US government treated suspected terrorists. In January 2016, the Obama administration filed an appeal.

Dhiab, a Syrian national, was detained in Pakistan in 2001. After 12 years at Guantanamo, he was released in December 2014 and given asylum in Uruguay. He reportedly went on another hunger strike in 2016, to get permission to leave the country and rejoin his relatives in Turkey.

Uruguayan media reported on March 16 this year that Dhiab tried to board a flight to Turkey via Russia, but was turned back from the Carrasco International Airport because he did not have a valid visa.