US ‘losing its cards’ in Syria: Highlights of RT’s interview with Bashar Assad 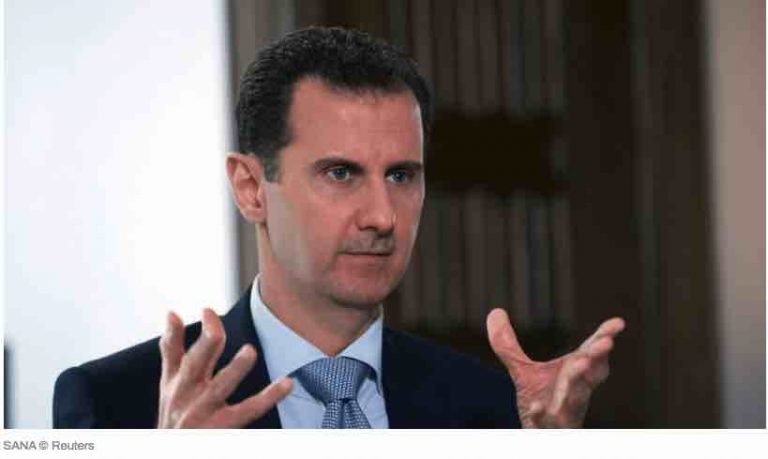 They have to learn their lesson…

Washington and its “puppets” tried, and failed, to destroy Syria – and the US military will eventually be forced out of the country: These are a few of the highlights from RT’s exclusive interview with President Bashar Assad.

Speaking with RT’s Murad Gazdiev in Damascus, Assad commented on a range of topics, from the threat of direct conflict between the US and Russia, to why he doesn’t fear Israeli assassination threats.

On Victory: ‘It’s self-evident’ that Syria is ‘moving closer to the end of the conflict’
Assad noted that the “majority” of Syria is now under government control, but said that continued provocations and escalations by the United States and its allies have needlessly prolonged the seven-year conflict. With each Syrian military victory or successful reconciliation effort, the US and its partners have attempted to counteract these gains by “supporting more terrorism, bringing more terrorists to Syria, or by hindering the political process,” Assad said.

However, he stated that it was “self-evident” that “we are moving closer to the end of the conflict,” adding that “without external interference it won’t take more than a year to settle the situation in Syria.”

The Syrian leader said that whenever possible, his government has chosen negotiations and reconciliation over use of force.

“War is the worst choice but sometimes you only have this choice,” Assad told RT. “Factions like Al-Qaeda, like ISIS, like Al-Nusra, and the like-minded groups, they’re not ready for any dialogue… So, the only option to deal with those factions is force.”

He defended the government’s use of ceasefires and allowing extremists to withdraw to Idlib province, describing the agreements as strategically advantageous for the Syrian army. “If you have two or three frontiers, that’s better than having 10, maybe more than 100 at the time.”