‘US Navy SEALS in Yemen shot everything that moved, including women & children’ 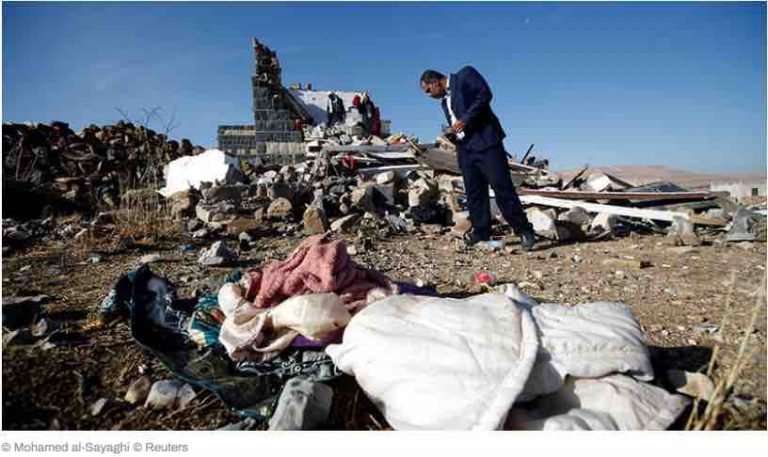 US crimes go on!

The Yemeni people are saying: ‘Where are the other powers in the Security Council? Why aren’t they standing up for the sovereignty of Yemen, when clearly it is in their best interest as well to do so,’ Kim Sharif, Director of Human Rights for Yemen, told RT.

The Saudi-led coalition backed both by the US and the UK began its intervention in Yemen in March 2015 in order to stifle the Houthi uprising. Over 10,000 people have been killed since the start of campaign.

Many humanitarian organizations accuse coalition forces of deliberately targeting civilians while the UN says the intervention puts the whole nation at risk of famine.

Kim Sharif: Well, there is a total hypocrisy as we now known by the international community. Complete hypocrisy and it is connected with geopolitical interest in the waters of the Yemeni Southern regions, in particular the Bab-el-Mandeb passage, which is very important to the whole world, as you know. It seems this campaign to attack the Yemen and kill civilians, and according to UN reports, 60 per cent of civilians are victims of the air raids by the Saudi-led coalition.

They deliberately target civilian areas. For example, 800 times schools have been hit. Why would someone hit schools? There is clearly a need to just kill as many people as possible and subjugate into having to accept a president chosen for them by the Saudi coalition, together with their masters who dictate to them what they should be doing. This business of the drone itself is a breach of the sovereignty of the state of Yemen. It isn’t allowed under international law.

People are saying this Al-Qaeda business seems to be the product and proxy of the US regime via its Saudi puppet in the Middle East. We now know… that Al-Qaeda and all of those involved in terrorism of 9/11 are none other than royal family of Saudi Arabia. The right thing to do is to attack Riyadh, not Yemen. The right thing is to send drones to Riyadh, not the South of Yemen – Shabwah and Abyan, and other parts like they have been doing. When the Navy SEALs landed in Shabwah a month ago they shot everything that moved: children, the victims were just women and children. And of course a Navy SEAL died in the course of that. This is a disaster for the international community.

The Yemeni people are saying: ‘Where are the other powers in the Security Council? Why aren’t they standing up for the sovereignty of Yemen, when clearly it is in their best interest as well to do so, because they surely must have business interest, commercial interest to protect and preserve the sovereignty of Yemen for the purpose of preserving that international passage for the benefit of all.’

The right thing is to send drones to Riyadh, not the South of Yemen
Unfortunately, if this situation is allowed to continue this way, it is highly likely that the passage itself will be in the hands of terrorist, because the terrorists are nothing other than Saudi proxies, as we know them.

They have different names. In Afghanistan they are called Taliban; in Somali they are called Al-Shabaab; in Arabic countries they are called Al-Qaeda or ISIS. They all belong to the Saudi regime; it is the Saudi regime that needs to be handled here – not killing innocent civilians in the south of Yemen. The people of Yemen are very upset, and particularly upset that when the Central Bank has been moved from Sanaa into Aden, it has caused massive starvation – people are facing famine. Up to 60 million of them.