US nuclear arms should be removed from Germany – chancellor candidate 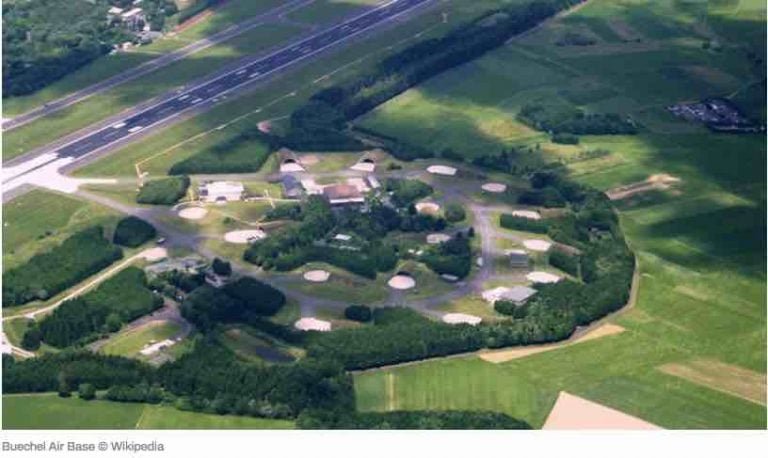 Yes! And from every other country!

German Social Democrat candidate for chancellor Martin Schulz says he will push for US nuclear weapons to be removed from Germany, calling for an end to the “armament spiral” pushed by US President Donald Trump.

“As German Chancellor… I will champion for the withdrawal of the nuclear weapons stationed in Germany,” the leader of the Social Democrats (SPD) said in Trier, addressing a campaign rally on Tuesday.

About 20 US nuclear warheads are currently stationed at a military base in Buechel, Germany, DPA news agency reported, citing unofficial estimates. The SPD leader also made it clear that, unlike Angela Merkel, he is strongly opposed to President Trump’s demands for NATO members to increase their defense spending.

“Trump wants nuclear armament. We reject it,” Schulz said, adding that his position also applies to the North Korea crisis.

“More than ever, the North Korean conflict signals the need for arms limitation, especially [need for] nuclear disarmament.”

Schulz said earlier this month in an interview with RTL that Trump was actually “going down to the level of a North Korean dictator.”

Berlin recently backed a plan by Russia and China to de-escalate tensions in the region. In particular, Moscow and Beijing called for a stop to US joint drills with South Korea in exchange for North Korea freezing its nuclear weapons program. The proposal was rejected by Washington.

In March, German Chancellor Angela Merkel promised to do her best to spend what Donald Trump calls their “fair share” on NATO, as the US leader strongly advocates that member states spend two percent of their GDP on defense.

Schulz says the money would be better used for other purposes, like schools. “It cannot be that Federal Republic of Germany looks without any comment or action at how the armament spiral, which is wanted by Trump, continues to develop.”