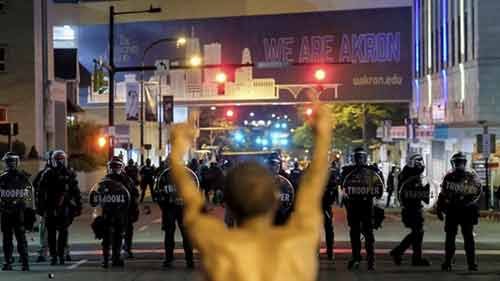 Some 24% of those killed were black, despite black people making up only 13% of the US population

Law enforcement officers killed an average of three people per day, but faced more violence in the line of duty

Cops in the US killed 1,176 people in 2022, making last year the deadliest on record, according to a nonprofit group that tracks police violence. However, officers faced more attempts on their own lives, as crime in some cities soared to new heights.

Mapping Police Violence – a project connected to the Black Lives Matter movement – found that police fatally shot, beat, tased and restrained 31 more people last year than in 2021, when they killed 1,145 people. 2022’s total of 1,176 is the highest annual tally since the nonprofit group began tracking such statistics in 2013.

There were only 12 days without a single police killing last year. Officers killed an average of more than three people every day, the statistics show. 132 of these killings involved victims who hadn’t been suspected of a crime, and 98 fatal encounters began as traffic stops.