‘Voice of America, Radio Liberty, CNN are tools for US to press Russia’ – State Duma MP 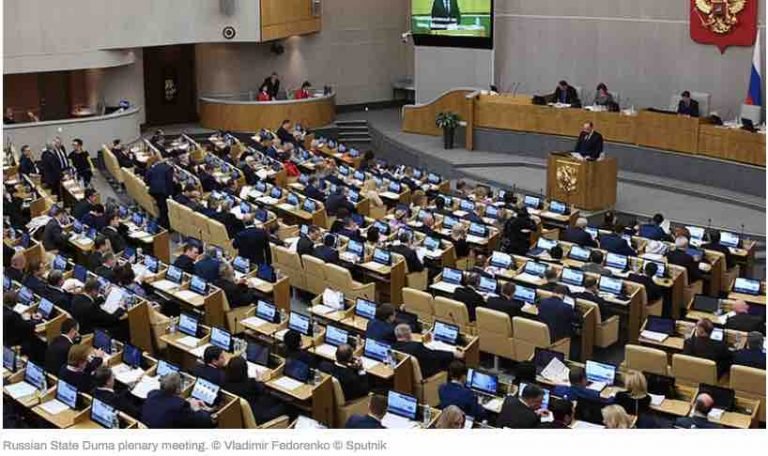 So funny: tit for tat for the accusations of US government of RT being a tool of propaganda in the US. Are we going to see the scrambling of these channels in both countries? We are lucky to have the internet to watch whatever we want…

Washington used CNN and Russian-language US outlets Voice of America and Radio Liberty in attempts to meddle into the 2016 Russian elections and the situation in the country in general, the head of a parliamentary lower chamber committee said, urging an investigation.

“We are to look into the specific cases of the US attempts to influence the elections in Russia. However, I’d like to remind you, that the agencies in question are parts of a much bigger US system pressing against our country. It uses a wide range of instruments against Russia,” the head of the lower house Committee for Information Policy, Leonid Levin MP (Fair Russia), said at an extended committee meeting on Tuesday.

CNN and Voice of America representatives were invited to the meeting as well, however, they didn’t show up, according to Levin.

“It would be reasonable to not only consider the possibilities of the US meddling into Russia’s electoral process, but also into our affairs on the whole,” Levin said.

The pressure system as he described it, involves “various funds, NGOs and grants,” that should be subjected to checks, the MP said.

Levin’s idea has been echoed by the head of the Lower House Committee for Eurasian Integration and Ties with Compatriots, Konstantin Zatulin, who was actually the first one to voice it in March after US Senator Jeanne Shaheen had called for investigating RT’s “funding sources and foreign connections” and its activities as a “foreign agent.”

“If they [the US] are legally creating obstacles on our way of spreading information, despite the amendments to the Constitution, freedoms and rights they are so proud of… then we have every reason to limit their corresponding state and parastatal radio stations and TV channels,” Zatulin said.

The committee, however, decided not to request information from the US media outlets whether they comply with the Russian legislation, Levin told journalists at the close of the meeting. However, every MP has a right to request any kind of information from any agency on their own initiative, he stressed.

The expert at the meeting, Alexey Mukhin, the head of the Center for Political Information, noted that according to his information, Google and Facebook are being “heavily censored to serve the interests of the US.”

Google and Facebook are being forced to come up with special applications that would help filter media content, Mukhin said, adding that “everything positive linked to the countries targeted by the US will be cut off.”

Speaking of the US alleged meddling into the elections in Russia, Mukhin noted that his center has detected “direct traces of such meddling,” and the whole issue has a much deeper and more serious character, he said, without giving any further details.

Currently, a new bill is being considered by the US Senate that would grant the Justice Ministry additional powers to investigate alleged violations of US law by RT, Sputnik and other Russian media sources, who have been accused of trying to influence the presidential elections in America and undermining confidence in the voting procedure.