We are all one 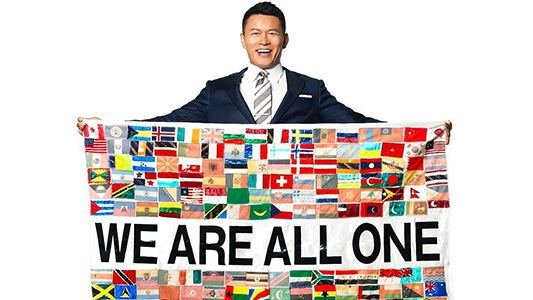 A fantastic example for all sports people of the world: instead of reinforcing stupid nationalism by using his national flag, this Japanese fighter remind everybody that we are one! All champions should behave like him!

Ever since he was a child, Genki Sudo dreamed of changing the world. He wanted to be a force for good and make a massive positive impact. He just didn’t know how to do so.

In high school he realised that to make massive change one must have fame, power, popularity or respect. Thus began his journey, starting wrestling in high school and later becoming a professional fighter and mixed martial artists. While most fighters carried the flag of their native country, Genki Sudo carried a flag featuring all the countries in the world, and at the center of the flag, was his motto “We Are All One”.