‘We don’t care’ – the new sign for gender-neutral toilets 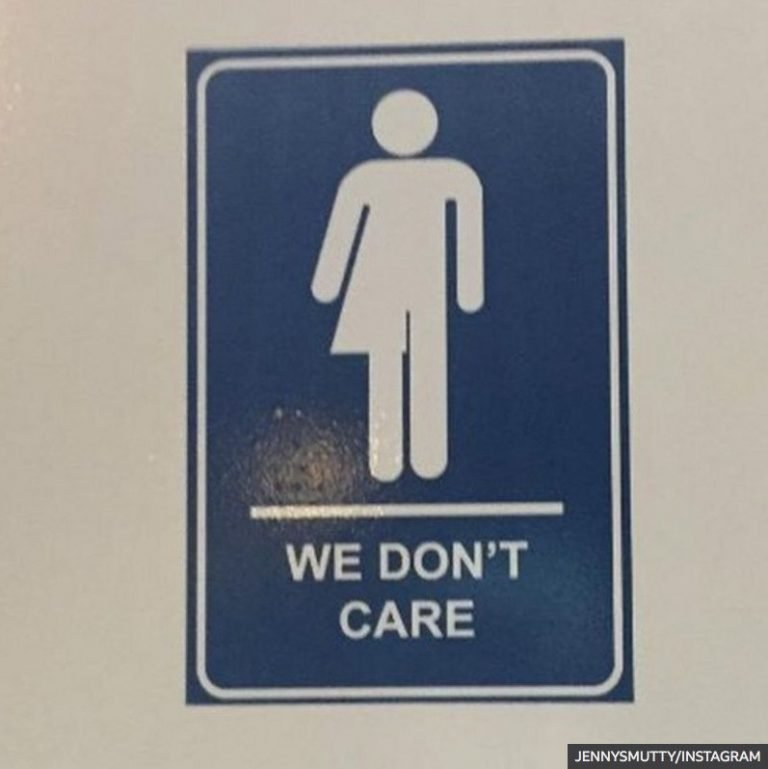 It’s a common sight at public events – a long line for the the ladies’ loos and a short one for the men’s.

In Canada, however, one venue hopes its new all-inclusive gender-neutral toilets will help to alleviate that problem. And, more significantly, it feeds into the debate about transgender rights in the country.

The Canadian National Exhibition (CNE) has indicated that it wants attendees at Canada’s largest annual fair to know they can use any of the facilities they have on offer – by putting up new “we don’t care” signs on their public toilets to replace existing symbols long used in public washrooms.

Photos of the signs by Kansas-based artist Peregrine Honig, who tweeted the design in April, have been widely shared on social media by many who see it as a way of including those who identify as being transgender, or non-binary.

The CNE is not the only place to have adopted the signs.

In the US, the 21c Museum Hotel in North Carolina adopted the sign to protest against a law that requires people to use bathrooms consistent with the gender they were assigned at birth.

The right of transgender people to use toilets of their choice has become highly controversial in the US.

In the US and Canada, all-gender bathrooms are being adopted increasingly by businesses and educational institutions, as awareness grows about the transgender community. But there is opposition to the move.

However, pro-transgender rights activists argue that there are many cases of men assaulting women in which they do not pretend to be women in order to do it.

On Monday, a Texas judge blocked an order by the US government that schools permit transgender students to use bathrooms consistent with their gender identity.

It is also an issue in the UK.

Morganna Snow, a transgender woman from Gloucester, told the BBC in June that she gets “spat at and shouted at”, leaving her feeling violated and stripped of her identity.