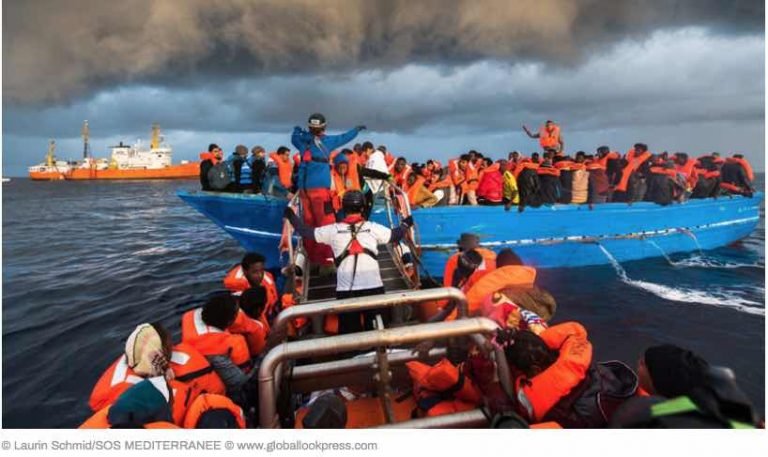 Aging and graying Europe won’t close its doors to asylum seekers, as it needs immigration, the EU’s foreign policy chief, Federica Mogherini, said, adding that Europeans had been migrants themselves “up to few years ago.”

“I believe Europeans should understand that we need migration for our economies and for our welfare systems, with the current demographic trend we have to be sustainable,” Mogherini said.

Mogherini, who was speaking at the Senior Officials Meeting at the Valletta Joint Action Plan 2017, was joined by Maltese Foreign Minister George Vella, as well as officials from Europe and Africa. The meeting was convened to deal with migration through cooperation with third countries.

Mogherini slammed the stance of immigration opponents as “based on confrontation, instead of cooperation; on building walls, instead of building partnerships; on closures and bans, rather than dialogue,” promising the Europe will instead take a “fair” and “humane” approach.

“Let me be totally clear from the very beginning: Europe does not and will not close its doors. Also because – and as an Italian I think I can say it loud – we Europeans have been migrants ourselves up to few years ago.”

Mogherini called attention to the approximately 4,500 lives lost as asylum seekers tried to cross into the EU via the Central Mediterranean route in 2016 – the worst figure on record, according to the UN Refugee Agency (UNHCR).

“Every day, every single day, people still die on the route; those we see at sea, those we do not see in the desert [in Africa]. Each one of those lives is one too many and we can save them, protect them; prevent these dangerous journeys only if we manage together,” she said.

Mogherini stressed that Europe shouldn’t “prevent people from seeking a better life elsewhere” and must “stop the tragedy at sea, and in the desert.”

The issue of the aging and graying of Europe had been in the headlines long before the refugee crisis broke out. Back in 2012, an aging report from the European Commission said the EU’s population is “projected to reach 517 million in 2060,” adding that “nearly one third of the citizens will then be aged 65 or over.”

Three years later, in the middle of the massive refugee influx, virtually no change in forecast was made in the aging report released in 2015.

“Europe is currently and will remain in 2060 the oldest continent in the world also when looking at the ‘very-old-age dependency ratio,’” it said.

In September of 2015, EU Commission President Jean-Claude Juncker said Europe is an “aging continent in demographic decline and migration should be viewed as a resource rather than a problem.”

Earlier in February of this year, EU leaders expressed their intention to stem illegal immigration from Libya and its neighboring countries via the Mediterranean. A declaration published on the website of the EU Council says reducing migrant influxes and saving the lives of refugees who attempt the risky sea journey to Europe is a key goal for the bloc.

However, not all Europeans are ready to “open doors” to migrants, especially Muslims. According to the recent poll from the Chatham House think-tank, more than 55 percent of Europeans say that immigration from Muslim-majority countries should be stopped.