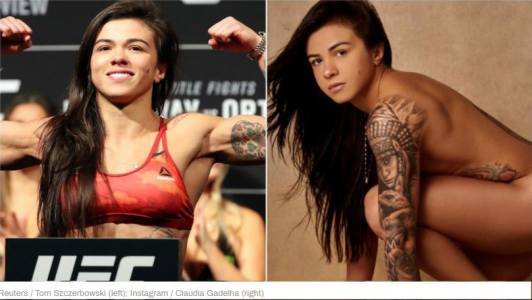 “To know yourself so well that the reflection from the mirror of others is completely inconsequential. That is freedom.” – Claudia Gadelha

Top-ranked UFC fighter Claudia Gadelha has again stripped naked to spread a message of positivity, telling her near one million followers on Instagram to “wear your vulnerability like a crown”.

The Brazilian strawweight bared her body and tattoos in a photoshoot with the caption: “Wear your vulnerability like a crown. Weather [sic] it is made of thorns or wildflowers,” alongside the Portuguese equivalent.

The number 15 pound for pound UFC women’s fighter posted her first snap of a series of pictures from a naked photoshoot at the end of last month, pondering the notion of ‘freedom’.