Weinstein scandal: What it tells us about celebs, politics & Hollywood 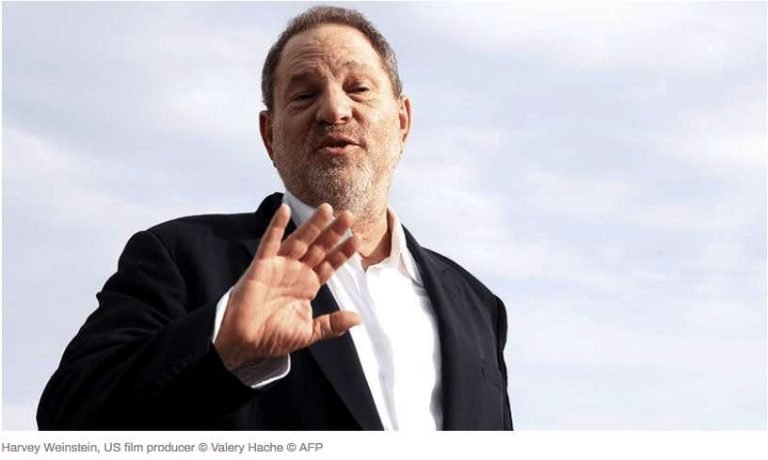 Harvey Weinstein’s sexual harassment scandal isn’t only an indictment of his twisted soul, but of America’s as well.

The story of Weinstein, the uber-powerful film producer, co-founder of Miramax Films and major donor to Democratic politicians, who got fired from his job as co-Chairman of The Weinstein Company after the New York Times ran an article exposing his serial sexual harassment of female employees, is such a perfect storm of corruption, depravity and hypocrisy that it exquisitely encapsulates the moral decay of America.

The New York Times piece revealed that Weinstein has settled at least eight different sexual harassment lawsuits over the years. The article was just the tip of a really grotesque iceberg, for in its wake a plethora of other claims has surfaced.

In a New Yorkerarticle, written, ironically enough, by Ronan Farrow, son of alleged pedophile Woody Allen, even more claims emerged of Weinstein’s predatory behavior. One of the many lowlights from that article includes Italian actress/filmmaker Asia Argento and two other women claiming that Weinstein raped them.

The most famous women among the sea of those claiming harassment at the hands of the movie mogul are Gwyneth Paltrow, Angelina Jolie, Ashley Judd, Rose McGowan and Rosanna Arquette.

The odiousness of this Weinstein scandal is overwhelming, and nearly every public person is going through the Kabuki theater of denouncing Harvey and his lecherousness, but this strikes me as disingenuous at best. All the movie stars, media members, and politicians strongly reprimanding Weinstein now, displayed nothing but egregious cowardice during Harvey Weinstein’s grotesque reign of wanton terror.

Many Hollywood heavyweights like Meryl Streep, George Clooney, Ben Affleck and Jennifer Lawrence, are feigning ignorance of Weinstein’s disgusting depravity, but the revelation of Weinstein’s repulsive misdeeds cannot possibly come as a surprise. Harvey, the rotund and repugnant Hollywood kingmaker, is notorious in the film industry for his petulant and imperious approach, which includes physically abusing underlings and being a lascivious beast to women. Tales of Weinstein’s bad behavior are so legion that even a complete nobody like me has heard them ad infinitum.

So how did Harvey get away with being such a gigantic creep for so long? The main reason is that he possessed the rarest talent that all of Hollywood covets, the ability to garner Oscar votes for his films. Weinstein produced films have been nominated for Best Picture 26 times in the last 28 years and have been nominated overall for over 300 Academy Awards. In other words, Harvey could make people rich and famous beyond their wildest dreams, which is why so many in Hollywood checked their humanity and ethics at the door and looked the other way when he was being such a troglodyte. To quote Upton Sinclair, “It is difficult to get a man to understand something when his salary depends on his not understanding it.”

Blind ambition isn’t the only reason Hollywood looked the other way regarding Weinstein, political expediency played a part as well. Weinstein has been a long time supporter of Democratic candidates, Barack Obama and Hillary Clinton in particular, and has donated a lot of money to their campaigns.

A perfect example of someone making a devil’s bargain with Weinstein for political reasons is Lena Dunham. Dunham, a vociferous and vocal Clinton supporter and devout feminist, admitted she knew of Weinstein’s predatory reputation in regards to women, but still shook his hand and performed at a fundraiser he held for Clinton’s campaign. Dunham said she betrayed her feminist values because “she so desperately wanted to support Clinton.”

Hollywood liberals were quick to denounce Evangelical Christians for supporting Trump despite his moral turpitude and misogyny, calling them hypocrites. I agree that Evangelicals are hypocrites for supporting Trump, but so are Hollywood liberals for enabling Weinstein. Both sides need to get off their high horse and read Matthew 7:5, “You hypocrite! First, remove the beam out of your own eye, and then you can see clearly to remove the speck out of your brother’s eye.”