‘What do sneakers & Jews have in common?’ French TV faces backlash for airing Holocaust joke 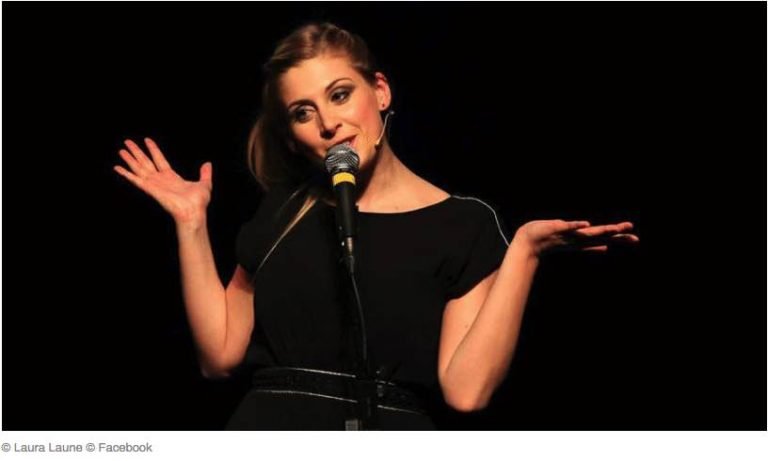 Not only it’s not “antisemitic” but is anti-revisionist as it confirms that many Jews have been killed. Freedom of expression is the freedom to laugh about anything!

A public broadcaster in France is in hot water after airing a prime-time joke about the Holocaust. “What do sneakers and Jews have in common? They’re more common in 39 than 45,” blonde Belgian comedienne Laura Laune said.

France 2 aired the joke by the winner of the 2017 season of the French version of ‘America’s Got Talent’ in its 8pm news journal on Friday. The profile report on Laune described her as an “angel-turned-demon,” highlighted her growing popularity on the stand-up comedy scene in France. She was also praised for her “ingenue looks” and signature “unfiltered humor.”

Six million Jews were killed in the Holocaust during World War II, which began in 1939 and ended in 1945.

“Public broadcaster: They sell the boldness of a joke by a woman on the Holocaust while they kick out Tex for a joke about women,” Gilles-William Goldnadel, a prominent French-Israeli lawyer, tweeted.

The comedian Tex, whose real name is Jean-Christophe Le Texier, was fired from France 2 last month after joking about domestic violence against women during an appearance in a show on the private C8 channel in November. “What do you tell a woman with two black eyes? Nothing, someone tried to explain things to her twice already,” Tex said.

“A total, absolute banalization of the Holocaust that is subliminally presented by Laura Laune during a cool fun night. The meaning is clear (cognitive psychology) – Laura Laune is totally anti-Semitic. Would France2tv condone this despicable behavior?” another person said.

Laune’s manager, Matthieu Clee, said his client “has nothing to reproach herself about.”

“This is an excerpt from his show that France 2 decided to show, it is their editorial responsibility to have chosen this particular extract. During her show, she makes jokes about Catholics, Muslims, Jews and nobody leaves the room in shock,” he told Tele-Loisirs.