‘You just have to be more chill’ & ‘calm your nerves,’ 101-year-old Russian woman explains how she overcame Covid-19 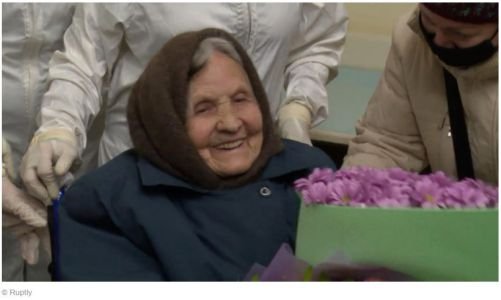 Be positive, fearless …and no mask !

On Saturday, an old lady in Kazan who has beaten Covid-19 was discharged from hospital after celebrating her 101st birthday. Doctors say the woman pulled through thanks to her positive attitude – and she has some advice to share.

The pensioner, named Mariam Nadershina, was admitted to a hospital in the capital of Russia’s Tatarstan Republic with moderate symptoms, including a cough, a high temperature, and mild breathing problems, her doctor, Guzel Mingazova told RT’s video agency, Ruptly. A CT scan revealed she had 25-percent lung damage.

Despite her advanced age, Nadershina recovered after just eight days, and celebrated her 101st birthday in hospital on December 25.