Chinese spokesperson trolls US with meme 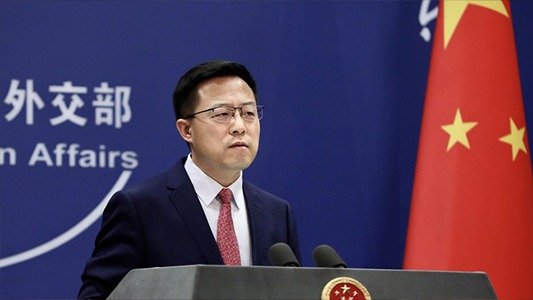 Same when the media talk about “World War 1” or “World War 2”: when you look at the map, the reality is that it was not a “world war” but a war between 2 blocks which were a minority of Humanity.

Chinese deputy foreign minister Zhao Lijian has exposed what the US and its allies really mean when they refer to the “international community,” trolling Washington with devastating accuracy in a tweet on Friday.

Zhao has a history of skewering the US and its allies on social media, whether by memes or infographics, on topics Washington usually tries to avoid.

Recent targets include Washington’s Ukrainian bio-lab program, which fact-checkers and various “experts” insisted were figments of conspiracy theorists’ imagination. Notably, Undersecretary of State for Political Affairs Victoria Nuland has testified that the biolabs did, in fact, exist.