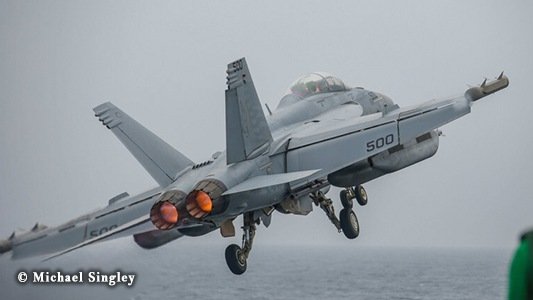 The same should be done in Okinawa

An anti-noise group and the Washington state attorney general have won a lawsuit against the US Navy regarding a cluster of ultra-noisy EA-18G Growler aircraft stationed at nearby Whidbey Island Naval Air Station.

Chief US Magistrate Judge J. Richard Creatura ruled that the Navy had deliberately “turned a blind eye” to the environmental and community impact of bringing more EA-18G Growler aircraft to the base. He further charged that the Navy had specifically selected methods of evaluating data that favored its goals of populating the station with more planes.

In his ruling last week, the judge accused the Navy of acting “at the expense of the public and the environment.”

Not only do the aircraft flying overhead reach noise levels of a deafening 120 decibels (dB) outdoors and as high as 90 dB inside, but planes can be heard zooming by “about every minute or so, right in the middle of the day. It’s completely, absolutely unlivable outside,” one local told The Intercept.