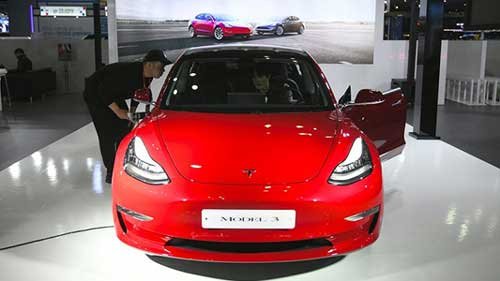 The driving range of the American EV maker’s cars can plunge in low temperatures, by up to about half of the advertised distance.

The EV manufacturer will have to pay around $2.2 million for what has been labeled incorrect advertising

The antitrust regulator of South Korea has fined Tesla $2.2 million (2.8 billion won) for overstating the driving range of its electric vehicles (EVs), which have proven shorter in cold weather.

According to a statement released by South Korea’s Fair Trade Commission on Tuesday, the automaker falsely promoted and exaggerated the driving range and charging speed of its EVs, as well as fuel-cost savings estimates.

According to the watchdog, the driving range of the American EV maker’s cars can plunge in low temperatures, by up to about half of the advertised distance.

The Elon Musk-led company provides winter driving tips on its website, including pre-conditioning vehicles with external power sources and using its app to monitor energy consumption, but the loss of driving range in sub-zero temperatures is not mentioned.