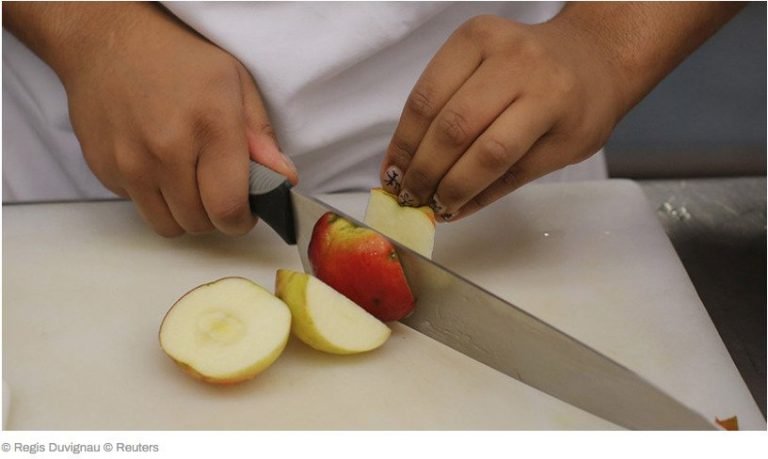 Excellent, I cannot wait to eat one!

The national nightmare of apples turning slightly brown is coming to an end: The US Department of Agriculture (USDA) gave commercial approval last week to the Arctic Fuji, a genetically modified apple that appears no different than its natural counterparts save for the fact doesn’t turn brown.

Apple flesh turns brown through the natural process of oxidation, but the people over at Okanagan Specialty Fruits hope to make this the way of the past with their Arctic Apples. Their science apples have been engineered to “silence” the polyphenol oxidase (PPO) enzyme that causes oxidation in apples.

While this may not seem important, Okanagan Specialty Fruits claims that browning is responsible for 40 percent of apple waste.

This approval comes at a critical point for the sake of genetically modified organisms (GMOs), particularly when it comes to food. While the USDA and Okanagan Specialty Fruits praised the decision, others were perturbed by the government allowing the commercial sale of more GMOs.

“Regulators have glossed over the possible unintentional effects of this technology, including the potential economic impacts on farmers, the potential of contamination for non-GMO and organic apple crops and the potential impact of the non-browning gene silencing, which could also weaken plant defenses and plant health,” Hauter added.

In addition, comments on the announcement of the impending deregulation earlier this month were largely negative. The 626 comments were generally anti-GMO, but some were also displeased with the purely cosmetic benefits of the Arctic Fuji.

“Apples turning brown is part of life,” one commenter wrote. Another said, “Please stop letting frankinfood on the market. There are too many uninformed people you will harm.”

The Arctic Fuji won’t be the last GMO fruit from Okanagan Specialty Fruits, as they hope to have an Arctic Gala apple approved by the USDA in either 2017 or 2018.