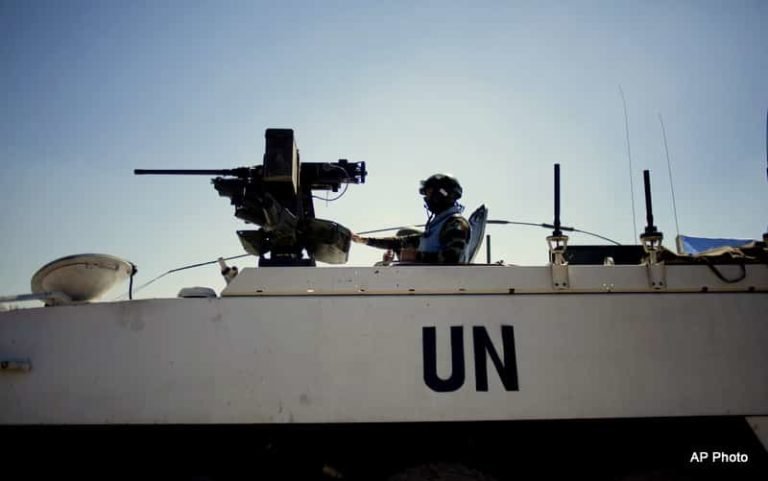 The only question is: why they didn’t do it earlier? And they cannot pretend as many nations did after the Nazi genocide: “We didn’t know about it.”

The protection of Palestinian civilians could be improved by the deployment of UN-mandated armed forces or unarmed observers, a beefed-up UN civilian presence or expanded UN assistance, Secretary-General Antonio Guterres wrote in a report on Friday.

The United Nations General Assembly requested the report in a resolution adopted in June that condemned Israel for excessive force against Palestinian civilians and denounced the firing of rockets from Gaza into Israeli civilian areas.

The resolution asked for proposals to ensure “the safety, protection and well-being of the Palestinian civilian population under Israeli occupation, including … recommendations regarding an international protection mechanism.”

Guterres outlined four options, but he did not make a specific recommendation. He noted that all options would need the cooperation of both parties, a sustained cessation of hostilities and additional resources to ensure they were viable. He wrote:

The combination of prolonged military occupation, constant security threats, weak political institutions, and a deadlocked peace process provides for a protection challenge that is highly complex politically, legally and practically.”

Armed UN peacekeepers or armed forces from a group of like-minded states operating under a United Nations mandate could be deployed to offer physical protection, Guterres said. This option, however, would need a Security Council mandate and the United States, a close ally of Israel, would likely wield its veto.

A UN or non-UN civilian observer mission could be deployed “with a specific mandate to report on protection and well-being issues and provide local mediation,” Guterres said. This would also need a UN-mandate.

A third option could be expanding current UN programs and development and humanitarian aid to address the needs of Palestinian civilians more effectively and strengthen Palestinian institutions, he wrote.

The final option could be to send additional UN human rights, coordination and political officers to boost monitoring and reporting on the situation and increase the UN’s visibility, Guterres said.

“The best way to ensure the safety and protection of the Palestinian civilian population is still the negotiation of a comprehensive, just and final settlement of the Arab-Israeli conflict,” Guterres said.

Top Photo | Armored vehicles from the U.N. peacekeepers of the United Nations Disengagement Observer Force, also known as UNDOF wait to cross from the Israeli controlled Golan Heights to Syria, Thursday, Aug. 28, 2014. In southern Syria, government warplanes targeted rebels near the country’s frontier with Israel in the Golan Heights, a day after opposition fighters captured a crossing point on the disputed border. (AP Photo/Ariel Schalit)