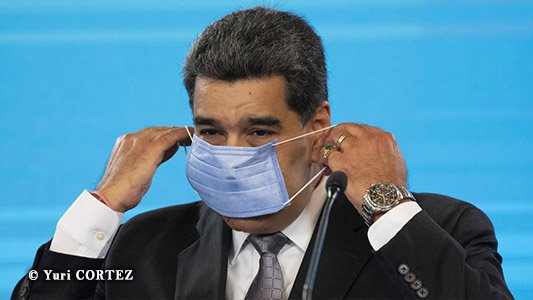 Do not dare to have a different opinion than the WHO…

Facebook has made Nicolas Maduro’s social media account ‘read only’ for 30 days, after the Venezuelan president allegedly used the platform to promote a treatment he said could help deal with the coronavirus.

Maduro apparently posted a video on his Facebook page in which he talked about Carvativir, an herb-based remedy which he believes could neutralize the deadly virus, Reuters reported on Saturday. Facebook deleted the video and froze the president’s page, accusing Maduro of spreading misinformation.

“We follow guidance from the WHO [World Health Organization] that says there is currently no medication to cure the virus,” an unnamed spokesperson for the social media platform told Reuters. “Due to repeated violations of our rules, we are also freezing the page for 30 days, during which it will be read-only,” they added.