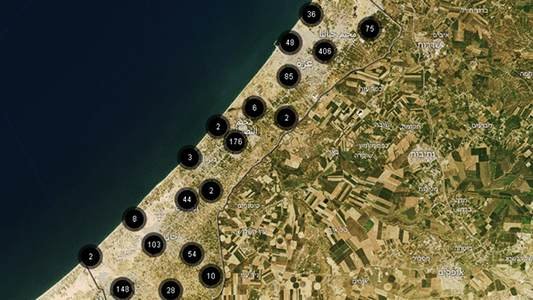 Why US and NATO intervened militarily to save the population of besieged Sarajevo in Bosnia Herzegovina and do nothing for Gaza which is even worse? One day all powers will be prosecuted for crimes against Humanity for not assisting a population in danger.

Human rights groups have launched a new interactive platform mapping Israeli attacks during the 2014 Gaza war. It includes satellite images, testimonies and footage tho “build an accurate picture of what actually happened” over the 50 days of war.

The online tool mapping Israeli attacks during the conflict in July and August 2014 is called ‘The Gaza Platform’. It was launched by Amnesty International and Forensic Architecture on Wednesday.

The “innovative tool for human rights research” presents a massive database containing satellite imagery, thousands of photographs, hundreds of personal testimonies and hours of footage from the scene including broadcast videos.