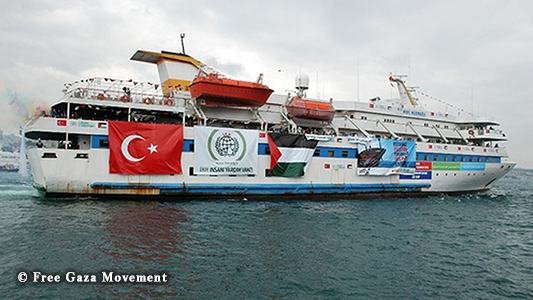 The proof that the ICC is just another puppet of western powers.

The killing of nine Gaza Freedom Flotilla protesters in 2010 by Israeli forces lacked “sufficient gravity“ to come under its jurisdiction, the ICC said, adding that there was reason to suspect war crimes were committed.

„Following a thorough legal and factual analysis of the information available, I have concluded that there is a reasonable basis to believe that war crimes under the jurisdiction of the International Criminal Court were committed on one of the vessels, the Mavi Marmara, when Israeli Defense Forces intercepted the ‚Gaza Freedom Flotilla,’” the International Criminal Court’s (ICC) chief prosecutor Fatou B. Bensouda said in a statement.

However Bensouda ruled in the 61-page report that any cases relating to the incident, which brought Israeli-Turkish relations to a historic low, „would not be of sufficient gravity to justify further action by the ICC.“

The Israeli raid on Gaza Freedom Flotilla in international waters on May 31, 2010, killed eight Turkish nationals and an American of Turkish origin as the vessels tried to penetrate the Israeli blockade on Gaza maintained since 2007.