Minnesota riots coverage: This is why Trump called mainstream media ‘enemy of the people’ 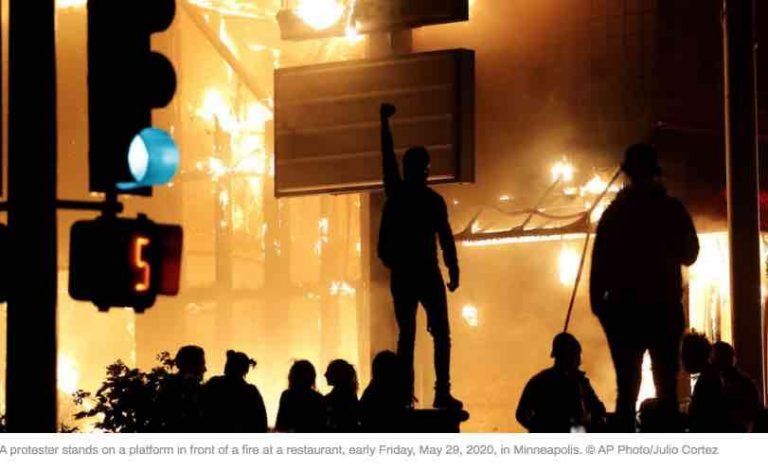 One of President Trump’s legacies will be exposing the US media as political activists who have polarized the nation by peddling a narrative rather than evidence-based facts and truth.

When Trump tweeted that the media were the enemy of the American people, it caused fury around the world.

Journalists claimed the tweet had placed their lives at risk, and that all they had ever done was report the news. Is that accurate? No, not at all. Several groups analysed all the news stories broadcast about Donald Trump in 2017 and the results were shocking:

Fast forward to May, 2020, and the horrifying video footage of a police officer murdering George Floyd on Memorial Day on the streets of Minneapolis, as bystanders begged the officer to take his knee off Floyd’s neck – which the officer did not do, despite Floyd’s pleas in the video of “I cannot breathe” and “Please, don’t kill me.”

In the video, police officer Derek Chauvin placed his left knee on the handcuffed Floyd’s neck for around nine minutes until the unconscious or dead Floyd was placed upon a stretcher.

This is a disgraceful, tragic incident. Riots have broken out in many cities all across America.

Riots is what they are – but good luck finding that word in the mainstream media coverage. There’s no shortage of ‘protest’, but at the time of writing ‘riot’ was nowhere to be seen on the front pages of CNN, NBC, ABC, the Washington Post or in NYT.

In fact, go no further than this full disclosure tweet by MSNBC anchor Craig Melvin: