“Since ancient times, man has dreamed of being free. Physically and mentally. We humans today are left with the illusion of freedom, because we can physically go in any direction. But what about our minds? Is she as free as our body? What is happiness and how can it be achieved? Did you know that the war on TV is not as important as the one in your mind?

Come to the School of Freedom to discover the true being that is in you! ”This is what Gabriela Dolanska tells us, Raelian Guide, one of the organizers and the main speaker of the event that will take place between August 2 and 7, at the wonderful Vila Carina, located in Paraul Rece, just 7 km from Predeal.

And that’s not all, because the 5-day long meeting will include Raelian New Year’s Eve, along with other unique surprises, including a PRIZE CONTEST!

August 6 is the Raelian New Year. On this day, one of the worst crimes against humanity took place. On August 6, 1945, the US military dropped an atomic bomb on Hiroshima, Japan, killing more than 100,000 civilians. Obviously, the Raelian Movement does not celebrate this; however, this act was an indication to Elohim (our human Creator of the Bible) that it was time for them to send their last Prophet and reveal their final Message to mankind. In other words, we have entered the age of the Apocalypse, because “apocalypse” means “revelation” in translation. Since 1945, humanity has been at the crossroads of using science and technology for either destruction or the benefit of humanity. If science was used for the common good, we could all soon be living in a real Paradise, here and now, on our common planet.

During this official Raelian Celebration, you can become a Raelian during the Cellular Plan Transmission (TPC) ceremony. This simple ceremony is performed free of charge by a Raelian Guide. TCP is an act of recognizing the Elohim as our creators and Maitreya Rael as their Last Messenger. The TCP ceremony clarifies the original meaning and intent of the baptism, but without any mysticism. You can also watch an explanatory video (also translated into Romanian).

The event, with international participation, will take place in English and Romanian, with translations from both sides, when the situation requires it.

"Attending the Happiness Academy gives me the necessary balance to take all decisions in my life and to evaluate all actions. It brings solutions to stay in harmony in the midst of chaos, strength to go through any unbearable situation, and reasons to be able to BE when so much focus is put on “having.” I am a Raelian living in the apocalypse era!” - Negar (Iran) 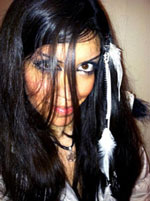 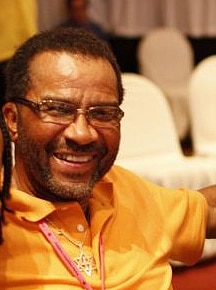 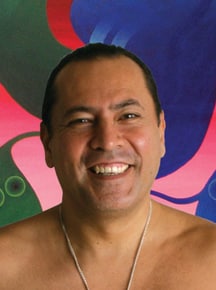 JesusGraphic designer
"I used to believe that spirituality was just for those who have a God or a religion, but I came to the Raelian Happiness Academy to realize that spirituality can guide my happiness from within. You cannot imagine how much my life has changed! 🙂 I hope you come and experience this beautiful feeling at the Raelian Happiness Academy.” 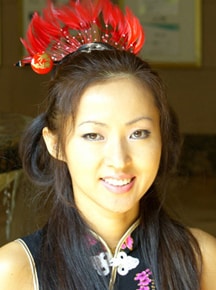 how to get there

We have the great pleasure to wait for you all in a fabulous location, namely at Vila Carina, located in the middle of nature, very close to Predeal (a very well known touristic place)!

Very interesting accommodation and meal offer for first-time participants(non-Raelians), regardless of age (below, in Description!)

More information about Villa Carina on their official website.
They have a fantastic level of reviews on Google, with 4.8 out of 5 stars, and in the following link you can watch the video related to the wonderful meeting we organized in Vila Carina in August last year

SPECIAL OFFER FOR ACCOMMODATION AND MEALS, for 7 people at THE FIRST PARTICIPATION, ie NEW ARRIVALS (provided they pay the advance and participate fully in the event), as follows:
For the first 7 newcomers, FREE ACCOMMODATION and MEALS are offered for the LAST DAY / NIGHT of the EVENT!

There are 10 double rooms, and in 6 of them a third person can be accommodated, if needed). The rooms can be taken also in single mode, but the price will remain the same (220 RON or 46 euros for a full double room per night).

It is forbidden for participants to bring food from home!

Smoking in rooms, restaurants, on the terrace, in the conference room or in groups where there are non-smokers is STRICTLY PROHIBITED. Moreover, whoever violates this rule (if any), will lose the SPECIAL OFFER OF ACCOMMODATION AND MEAL!

The price is 110 Ron (23 euros) per person / day (with breakfast included). For lunch and dinner, the prices are around 10 euros / meal (the food is very good, compared to the price!). More food information coming soon!

VERY IMPORTANT! The registration office will be open on August 2 (so, great attention for those coming from outside Romania), between 1.00 P.M. and 8.00 PM.

For registration, an advance / deposit of 50% of the total amount of the 5 nights is required (RON 275- 56 Euro or £ 45), the registration deadline being July 26! The number of places provided in the Pension is 20 (with possible extension to 26)! First come first served! If the number of participants exceeds 20 (a maximum of 10 people), their accommodation is no longer guaranteed at Vila Carina (there is another location very close (50 m away), at similar prices), but they will be able to attend the event (with provided they eat at least one meal a day at Carina)!

There is no registration fee for this event!

NOTE! The 50% deposit is only returned in case of extreme measures, such as the cancellation of the event due to the current geo-political situation, the ban on international flights or travel between localities, in the case of Romania!

You must be 18 years old to attend this event. Young people over the age of 15 are also accepted, but ONLY WITH THE WRITTEN AGREEMENT OF THE PARENTS!

REGISTER NOW
contact us
Questions? Let us know, we are here to help!
email us

"You are responsible for your happiness. If you are wondering why you feel depressed, it is time to stop for a moment and look at the different dimensions of your life. If you apply all these things, happiness will come with the help of meditation."

Raelians’ planetary seminars and revolutionary actions in the world

The symbol of the swastika is one of the oldest symbols on Earth and can be found in all religions and traditions, on all continents! The swastika symbol has not been created by the Nazis at all, they simply used an already existing symbol. By associating the swastika with the Nazis, we only give credit to the monstrosities of this horrible regime. It’s time to ...

August 6 is the Raelian New Years Day. At this date, one of the worst crimes in humanity took place. On August 6, 1945, the US military dropped an atomic bomb over Hiroshima, Japan, killing more than 100,000 civilians. Obviously, the Raelian Movement does not celebrate this act; however, this act was an indication for the Elohim that the time had come for them to “s...

“Since ancient times, man has dreamed of being free. Physically and mentally. We humans today are left with the illusion of freedom, because we can physically go in any direction. But what about our minds? Is she as free as our body? What is happiness and how can it be achieved? Did you know that the war on TV is not as important as the one in your mind? Come to...

You are warmly invited to celebrate one of the major Raelian holidays with us on October the 7th. It is the second encounter that Maitreya RAEL had with the Elohim E.T. Creators in 1975. It is a very spiritual day; the opportunity is given to those who want to publicly recognize the Elohim as our creators from space, to have their DNA recorded and acknowledge in THEIR...

You are cordially invited to celebrate one of the major Raelian Holidays with us on December 13. It is the first encounter that Maitreya RAEL had with the Elohim E.T. Creators in 1973. It is also a special day, an opportunity for those who want to publicly recognize the Elohim as our creators from space and have their DNA recorded through a Cellular Plan Transmission....