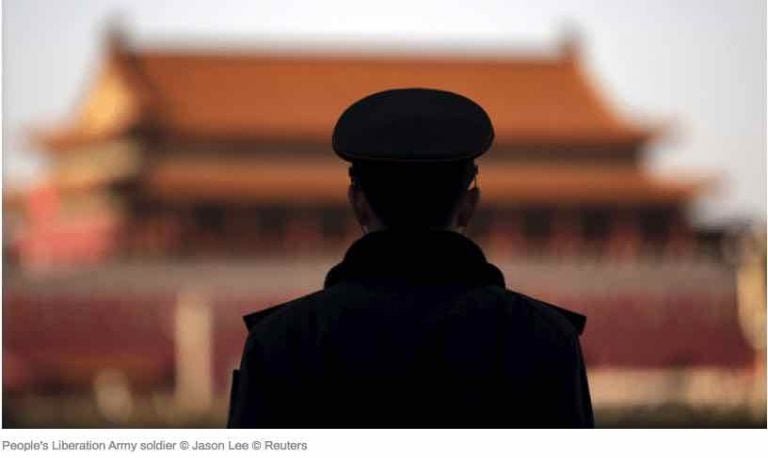 A clear warning that any attack on North Korea may create a world war as China and Russia will protect this tiny country. The real message is: ” North Korea is our ally against US imperialism.”

China will prevent the US and South Korea from carrying out strikes on North Korea and trying to overthrow the leadership there, but will remain neutral if Pyongyang launches missiles at American targets first, the state-run Global Times said.

The warning, delivered through an editorial in the Chinese state-run newspaper on Thursday, comes as both the US and North Korea continue to exchange incendiary remarks, raising the risk of overreaction or miscalculation amid the crisis.

Beijing should make it clear that “if North Korea launches missiles that threaten US soil first and the US retaliates, China will stay neutral,” the Global Times wrote.

But if the US and its ally South Korea take on Pyongyang and try to “overthrow the North Korean regime and change the political pattern of the Korean Peninsula, China will prevent them from doing so,” the paper stressed.

The widely-quoted newspaper, published by the Communist Party’s official People’s Daily, also noted that the latest developments are seen in Beijing with growing frustration and deep concern.

“If war really breaks out, the US can hardly reap any strategic harvest and North Korea will face unprecedented risks,” the paper cautioned. “North Korea aims to propel the US to negotiate with it, while the US wants to put North Korea in check.”

Beijing was unable “to persuade Washington or Pyongyang to back down at this time,” the Global Times said, adding it primarily pursues peace and stability in the region. All sides involved in the crisis should understand that “when their actions jeopardize China’s interests, China will respond with a firm hand,” the government paper explained.

China – North Korea’s long-standing economic partner and ideological ally – reiterated on Friday that all sides involved in the crisis must “speak and act with caution” as well as build up trust rather than “taking turns in shows of strength,” according to a Foreign Ministry statement quoted by Reuters.

Earlier in the week, US President Donald Trump added more fuel to the North Korean crisis, saying that his previous threat to unleash “fire and fury which the world has never seen” was perhaps not “tough enough.”

Speaking on Thursday at his golf course in Bedminster, New Jersey, Trump said the North Koreans “better get their act together or they’re going to be in trouble like few nations ever have been in trouble in this world.” The open threat from Washington came after Pyongyang ridiculed Trump’s “fire and fury” remark as a “load of nonsense.”

Pyongyang also announced that a detailed plan to launch missiles against the US Pacific airbase on Guam will be completed soon. In response, the US military signaled it could dispatch strategic B-1 bombers to target North Korea’s missile launch sites, underground facilities and other installations.

Such a “reckless game” may result in dire consequences, the Global Times said. “Neither Washington nor Pyongyang really wants war, but a war could break out anyway as they do not have the experience of putting such an extreme game under control.”

The stakes are extremely high as both sides seem ready for worst-case scenarios, according to respected Russian observers. Pavel Zolotarev, a retired Russian major general, told RT that decision-making in Washington goes “beyond rational logic, and … we can have consequences that are hard to foresee.”

“Every country’s military has to elaborate deployment strategies for any eventuality. It is politicians – not the military – who decide on whether or not to use such plans… So, if the North Korean military talks of such plans, it means it actually has them,” he said, commenting on Pyongyang’s threat to target Guam.

“The North Korean military may inflict significant damage to US forces during a conventional conflict. Though their equipment is far behind the American assets, their combat readiness and military morale are much higher,” the retired general said.