“WEF is increasingly becoming an unelected world government that the people never asked for and don’t want,” billionaire Elon Musk commented on the gathering.

US climate envoy John Kerry has drawn widespread mockery for his speech to the World Economic Forum, in which he sought to portray the people gathered there as wise saviors of the world.“When you start to think about it, it’s pretty extraordinary that we – a select group of human beings, because of whatever touched us at some point in our lives – are able to sit in a room and come together and actually talk about saving the planet,” Kerry told a WEF panel on Tuesday.“I mean, it’s so almost extraterrestrial to think about ‘saving the planet.’ If you say that to most people, most people think you’re just a crazy, tree-hugging, lefty liberal, you know, do-gooder, or whatever, and there’s no relationship. But really, that’s where we are,” he added.

Later in the speech, Kerry lamented that “allegedly wise adult human beings” ignored the science, mathematics and physics of climate change, and said he was certain the world will “get to a low-carbon, no-carbon economy” because “we have to.” 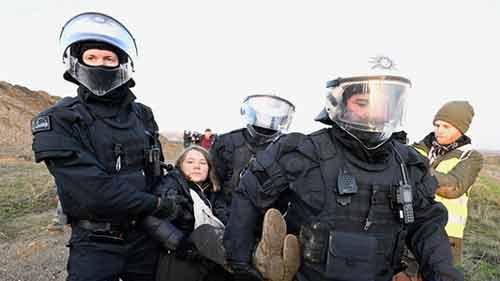