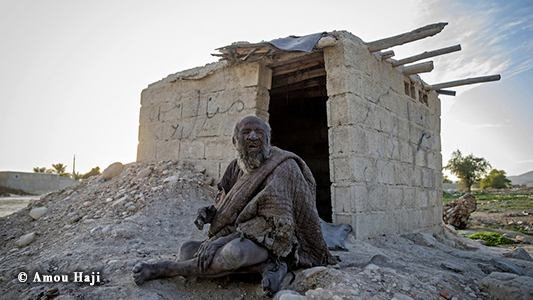 For those who believe that hygiene, masks, vaccines and washing everything with alcohol will make them live longer…

An Iranian hermit, dubbed the world’s “dirtiest man,” has passed away at the age of 94 in the Iranian village of Dejgah, state media announced on Sunday. The man, whose nickname was Uncle Haji, reportedly went some 67 years without washing and only ate rotten food.

According to the IRNA news agency, Haji chose to avoid showering out of fear that it would make him ill. His commitment to not bathing was so strong that he even once threw himself out of a car when local villagers tried to take him to a river to wash up, according to the outlet.

Aside from having an aversion to soap and water, Haji also had a distaste for fresh food and water, stating that his favorite food was rotten porcupine and other roadkill. The water he drank usually came from nearby puddles and he drank it from a rusty oil can. The man lived in an open brick hut and preferred to smoke animal feces out of an old pipe rather than tobacco.