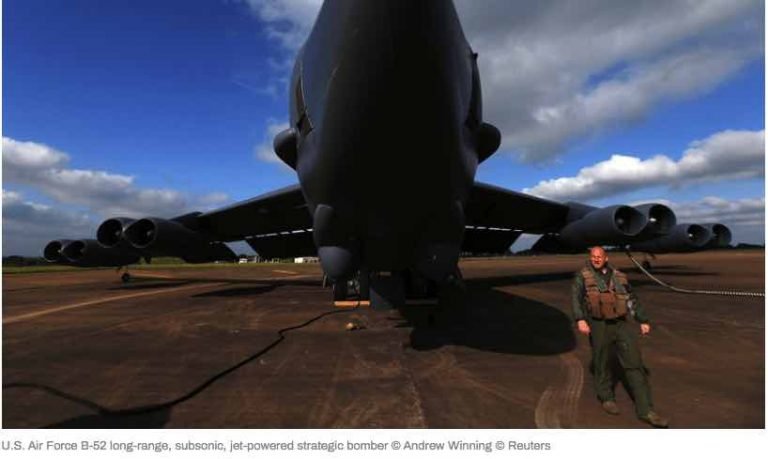 Those who oppose small countries to get nuclear weapons are accomplices of the racist white supremacist domination of the world, which can end in a nuclear world war ending humanity. That’s just because white people cannot accept to live in a world that they do not dominate like they did until now with world colonization full of genocides.”The life of one human being is more important than all Humanity.” This teaching of Elohim should always guide us. Small countries that do not have nuclear weapons are the target of western powers under the false pretext of promoting democracy, fighting terrorism, etc… and in their invasions and occupations, they don’t care about killing not one, but millions of people. Being against everybody getting nuclear weapons is betraying the teaching of Elohim precisely because it says, “The killing of one person is worse than the destruction of humanity”. If you oppose nuclear proliferation in this jungle world where the rule of the strongest replaces the rule of Justice, then you are an accomplice of every human being killed every day by western invasions, bombings, and occupations.

At a time when the US national debt stands at just over $20 trillion, American taxpayers find themselves stuck with a massive maintenance bill to keep the nation’s nuclear arsenal operational over the next three decades.

The modernization of US nuclear forces will carry a price tag estimated at $1.2 trillion from 2017 until 2046, according to the US Congress Budget Office (CBO) report.

That planned modernization would increase the total costs of maintaining the current number of nuclear weapons and delivery system by 50 percent over normal operating costs, according to the CBO.

The trillion-dollar question on everybody’s mind is: How exactly will the US government foot the bill for such a massive program?

“We never really knew where the money was coming from and now it is even less clear,” Jon Wolfsthal, former senior director for arms control and non-proliferation in the Obama administration, told the Guardian.

The CBO points out, however, that the modernization plan was attached to the Obama administration’s 2017 budget request, and may change in the context of Trump’s plans for US national security.

Presently, the Pentagon is placing the finishing touches on its so-called Nuclear Posture Review (NPR), which lays out ground rules for Washington’s procurement and use of nuclear weapons. The final version of the NPR is expected to be forwarded to Trump’s desk for approval around late December 2017 or early January 2018, according to reports.

The first draft of the NPR – which is rumored to open the door to underground nuclear tests, last carried out in 1992, as well as new guidelines for determining when it is permissible to resort to the use of nuclear weapons – was presented in September during a meeting between Trump and his top national-security advisers.

“You can … be assured that our administration is committed to strengthen and modernize America’s nuclear deterrent,” Mike Pence, the vice president, said in late October during a visit to Minot air force base in North Dakota, a main hub for Minuteman III intercontinental ballistic missiles and B-52 bombers.

Pence continued with comments that carried faint shades of Orwellian doublespeak: “There’s no greater element of American strength, there’s no greater force for peace in the world than the United States nuclear arsenal.”

Nevertheless, there remains a possibility that Donald Trump, taking into account the US government’s massive debt load, coupled with his campaign pledge to rebuild the crumbling US infrastructure – part of his ‘Make America Great Again’ campaign – may “shift resources to address other defense priorities in the face of long-term budgetary pressures,” the CBO added.

America’s aging nuclear arsenal, much of which was built many decades ago, is reported to be nearing the end of its service life. Trump is therefore expected to accept – begrudgingly, of course – much of his predecessor’s whopping spending package. This is comprised of $772 billion for the operation, sustainment and modernization of strategic nuclear delivery systems ($313 billion of that amount to be used for ballistic missile submarines); $445 billion for research labs and production facilities that support nuclear weapons activities and the command, control, communications, and early-warning systems connected to nuclear forces; while the remaining $25 billion will be slated for shorter-range aircraft and the nuclear weapons they carry.

According to the Department of Defense, „virtually every element“ of the forces it decides to retain will need to be completely modernized or refurbished.

Whether the bloated American budget can handle the sticker shock is another question.