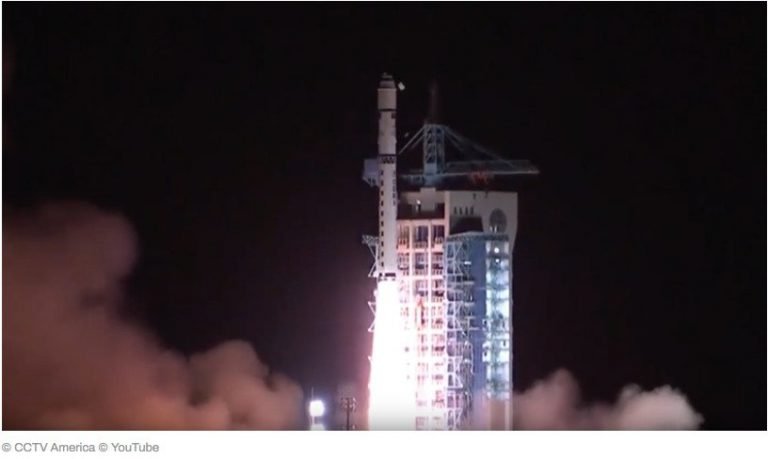 While the US is wasting money on its 800 military bases, China and Russia are preparing the future in every field.

The world’s first quantum communications satellite has been launched into orbit aboard a Long March-2D rocket. The main task of the Chinese satellite is to potentially secure communications in an age of cyberattacks and global electronic surveillance.

The 600+kg Quantum Experiments at Space Scale (QUESS) satellite took off from the Jiuquan Satellite Launch Center in Gobi Desert at 1:40am local time on a two-year mission on Tuesday.

Nicknamed ‘Micius’, in honor of the 5th century BC Chinese philosopher and scientist, QUESS will be positioned at sun-synchronous orbit, some 600km (373 miles) above the Earth at an angle of 97.79 degrees, allowing it circle our planet once every 90 minutes.

“The newly-launched satellite marks a transition in China’s role – from a follower in classic information technology (IT) development to one of the leaders guiding future IT achievements,” said Pan Jianwei, chief scientist of QUESS project with the Chinese Academy of Sciences (CAS), as quoted by Xinhua.

The satellite has been tasked with testing out a potentially uncrackable communications system. QUESS will explore quantum teleportation by sending out keys from space to ground command using the principle of ‘quantum entanglement’, an act of fusing two or more particles into complementary ‘quantum states’.

In practice, China hopes to send out photons from the satellite to two ground stations separated by about 1,200km (746 miles), which together form one entangled system. Operated by the Chinese Academy of Sciences, the satellite contains a quantum key communicator, a processing unit, a laser communicator, quantum entanglement emitter, and entanglement source to transmit quantum keys to Earth.

Quantum communication encryption is a unique method of encoding the content of a message as quantum keys are theoretically impossible to crack with the system detecting any intrusion attempts. For instance, when two people share an encrypted quantum message, if a third person intercepts it, it will change in an unpredictable way.

China hopes that the experimental quantum encryption programs will be instrumental in addressing information security concerns when the government, military and financial networks are becoming prime targets for espionage.

QUESS is one of the National Space Science Center’s ‘Strategic Priority Programs’. If QUESS is successful, China hopes to erect an Asian-European quantum key distribution network by 2020, and a global quantum communications network in 2030.