Here’s to wine, chocolate and a long healthy life 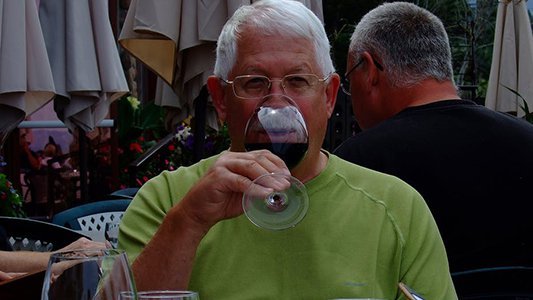 So the oldest person on earth, Jeanne Calment reached 122 years and was smoking until 100 years old, eating 1 kilo of chocolate per week, and drinking Port wine every day! (And she was not vegetarian) .That’s a good lesson for the fanatics trying to live longer by refusing every pleasure on earth and having a monastic diet… Being happy and laughing is for sure the key…. as well a the right genetic code. Enjoy life and don’t deprive yourself of what gives you pleasure! Yes the Elohim gave us some rules in order to protect our genetic code when we plan to have children, but only for this reason! If we don’t plan to have children, then there is absolutely no reason to deprive yourself of any pleasure, except of course if you are a member of the structures of the IRM who must have an exemplary life (at least in public… what people do in the secrecy of their private life is not the business of anybody, including the Structure of the IRM.)

Jeanne Calment, who died in 1997 at the age of 122, remains the oldest person on record. One might assume that she led a faultless, healthy lifestyle. Not at all. Every year on her birthday, as her celebrity grew, journalists flocked to her house in the south of France to ask her for the secret to a long life. One year she reportedly replied that it was because she stopped smoking when she turned 100.

In addition to smoking for most of her life, Madame Calment was also fond of Port wine and chocolate (more than two pounds of chocolate a week). She’s not the only one. Studies have failed to find healthy lifestyle choices to be the common factor between centenarians. As Nir Barzilai, who studies healthy Jewish centenarians, put it: “It’s not the yogurt.”

Instead, scientists have discovered that longevity is prevalent in certain families and the focus is now on discovering the genes, or the DNA instructions, that favors a long, healthy life.