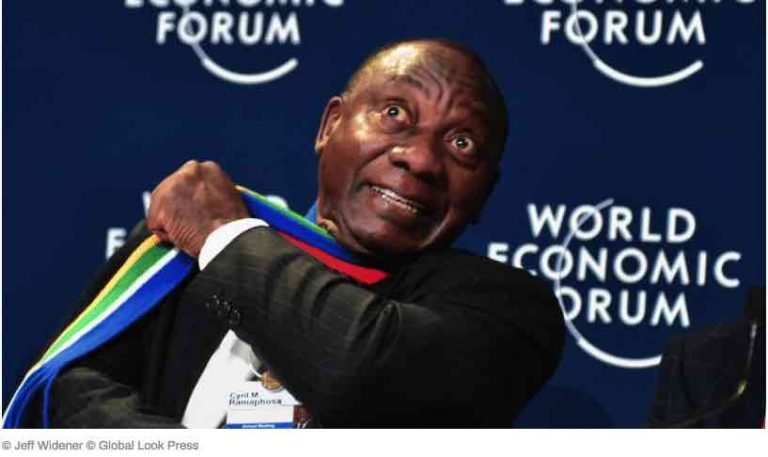 So funny… the “land grab” was done by armed white colonizers! Redistributing it to black people who are descendants of abused and tortured original owners without compensation is only justice! And they should also seize not only the land but all wealth belonging to these people who accumulated huge fortunes due to the crimes of their ancestors.

“This is no land grab. Nor is it an assault on the private ownership of property,” Ramaphosa wrote in his column for the Financial Times. “The proposals will not erode property rights, but will instead ensure that the rights of all South Africans, and not just those who currently own land, are strengthened.”

The ruling African National Congress (ANC) party has proposed a constitutional amendment allowing the government to seize and redistribute land without any compensation to its owners. The draft, which has not been adopted so far, evoked widespread international outrage and multiple media reports of alleged violence against South African white farmers, including murders.

“The proposal on expropriation without compensation is one element of a broader program of land reform that seeks to ensure that all citizens can have their land rights recognized, whether they live in communal areas, informal settlements or on commercial farms,” the South African President stressed.

In his op-ed, Ramaphosa cites statistics based on a Land Audit by the Department of Rural Development and Land Reform. They state that 90 percent of land in South Africa belongs to individuals, companies and trusts, while the state owns the remaining 10 percent.

“Of this 90 percent, individuals own 39 percent, trusts 31 percent, companies 25 percent, and community-based organizations four percent, with co-ownership at one percent,” the president highlights.

The figures, cited by Ramaphosa, show that “72 percent of farms and agricultural holdings are owned by whites, 15 percent by colored citizens, five percent by Indians, and four percent by Africans.”

Last week, Trump tweeted that he would ask Secretary of State Mike Pompeo “to closely study the South Africa land and farm seizures and expropriations and the large scale killing of farmers.” The South African government immediately responded, slamming Trump for a “narrow perception” which is “seeking to divide” the nation.

The tweet came shortly after reports of the first private property seizures in the country’s Northern province of Limpopo after the government’s failed attempt to buy out the lands. South African authorities had reportedly tried to buy the property owned by Akkerland Boerdery Ventures for just 20 million rand ($1.4 million). The owners declined the government offer, saying the land was worth 200 million rand ($14 million).

Trump’s tweet was followed by broader commentary from the US State Department. Spokeswoman Heather Nauert said land reform “would not be a good thing” and that it would send South Africa “down the wrong path.”

Later South African Foreign Affairs Minister Lindiwe Sisulu said that Trump’s tweet was “based on false information” and that her department would “seek clarification” from US diplomats.